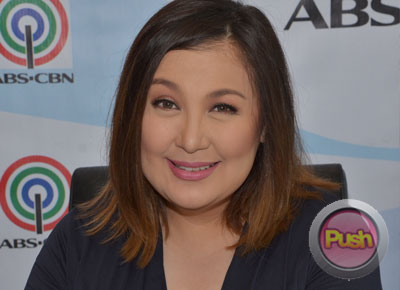 Sharon Cuneta is one icon, the one and only Megastar, ever eminent in Philippine entertainment.

She is beloved, admired, and acclaimed to have brought a long-lasting impact on the industry and the craft it brings, with her blockbuster movies, top rating TV shows, platinum hit songs, and sell-out concerts.

Yet less is known about how Sharon is as a mother, especially during those times she took care and reared a young KC Concepcion on her own.

When Sharon gave birth to KC at 19, she had the choice to leave her eldest under the care of her parents given that she was just a rising star trying to establish a name in the industry.  She insisted bringing up KC on her own, amid all the scrutiny and controversy that surrounded her marriage to Gabby Concepcion.

“It was parang starting from zero and nahihiya naman ako to go back to my parents,” Sharon told StarStudio Magazine in an interview.

“So I had to be dad, mom, the provider, the sister. Mahirap talaga. Basta I did my best, the best mother I could be given the situation, fulfill the obligations that I couldn’t make asa to anyone.”

And Sharon indeed showed how inculcated these kinds of values to KC, who has turned out to become an award-winning actress and successful celebrity herself.  According to KC, the biggest lesson she got from her mom was the value of independence.

These conversations KC revealed how much Sharon is very much an active participant in the lives on her children, trying her best to give optimum time to help them out.

This is particularly evident with her eldest child with former senator Francis Pangilinan, Frankie, with whom she always shares public “bonding time” together through vlogs and Facebook posts.

She would also have even endearing jam sessions with her daughters in her bedroom. Some of which, together with KC and Frankie, she actually recorded on video and shared on Facebook.

The coolest mom, KC says describing Sharon, who she reveals is also her best friend and confidant.

“She was the youngest, coolest, hippest mom in every parent-teacher meeting. In jeans, button-down polo, loafers, her forever emerald cut earrings, and a ponytail,” KC recalls in an interview with the Philippine Star. “She was always my Valentine. Yeah, it was me and her against the world. I remember when she would be heartbroken she would cry to me. But you know, so many things changed. She got remarried and it was a 180-degree turn. So many adjustments, and the whole world was watching. Even if we’re (like barkada), she makes sure I don’t forget that she’s my mom.”

What’s special about Sharon is that extra effort she gives to stay close to her children, giving them their necessities, the love they cherish, the moral support and attention they appreciate, and even the kind of space they need to flourish on their own.