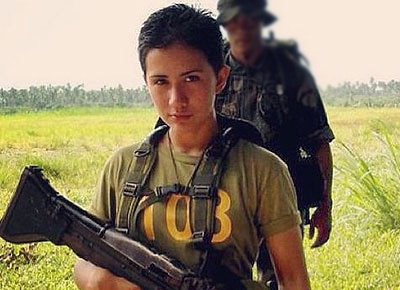 Philippine National Police Inspector and Miss Philippines-Earth contestant Sofia Loren Deliu will be part of President-elect Rodrigo Duterte’s security detail.
As reported by GMA News, Sofia alongside other female police officers met with Duterte last Sunday, May 21
.
Sofia joined the Miss Philippines-Earth pageant last year. She made it to the top 15 of the competition. The police officer was a graduate of Saint Louis University in Baguio City with a bachelor's degree in tourism management before she joined the Philippine National Police Academy.
She was active in joining beauty pageants at a young age. She joined Miss Teen Philippines in 2006 and Miss Baguio in 2008.
PHOTOS: