Daniel Matsunaga and Erich Gonzales want to focus on their careers first. 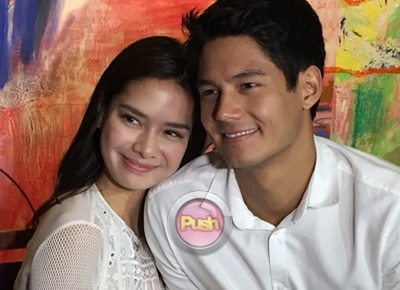 Be My Lady stars Daniel Matsunaga and girlfriend Erich Gonzales happily announced on May 25 that their morning series has been extended for the second time until October this year.
Daniel also revealed that there will be a new addition to the cast and “we would also be able to see our Kapamilyas abroad very, very soon.”
The couple shared that they’ll be shooting some scenes in Singapore this July. They also expressed their gratitude to the avid fans of Be My Lady.
"Sobrang pasasalamat natin sa lahat ng Kapamilya natin sa pagsuporta nila, sa pagtutok sa kwento ni Phil at Pinang," Erich said.
With the extension of the show, Erich could attest that “mas close kami ngayon [ni Daniel], we are growing po talaga. We support each other. 'Yung love it's always there naman po and respect also."
Erich’s and Daniel’s characters in the story are about to level up their relationship and so they were asked if they have plans on leveling up their real-life relationship as well.
“Yes,” Erich replied briefly.
“May plano kami po pero for now, malayo muna, work muna,” Daniel added.
You can watch the whole interview here:
Celebrity