Xian Lim: 'Have respect for yourself' 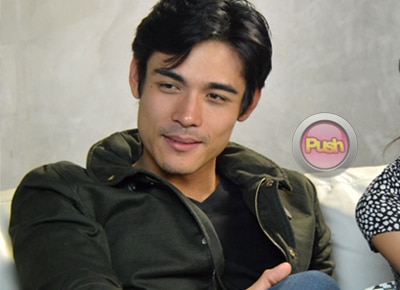 Xian Lim shared his thoughts on the tragedy that occurred at the 'Forever Summer' concert last Saturday. It was reported that five people who attended the concert died and authorities are now investigating claims that drug-laced drinks were the cause.
Xian shared that he was aware of the news. "I will give you my personal opinion kasi watching  it on the news, medyo naapektuhan din ako kasi we have the capability na mag-reach out din sa mga masa," he said in an interview at the TechnoMarine event.
The Story of Us actor continued, "Para sa akin kung gusto niyong umiwas ng gulo try to avoid, as much as possible, avoid staying out late. Avoid partying too much. Maybe a little partying is okay pero bigyan niyo ng limit 'yung sarili niyo and don't over party and be smart di ba?"
He stressed that people should not only think about themselves but also of their families.
"At the same time di naman para sa sarili, hindi lang naman para sa sarili niyo 'to eh. Think of ano ang mararamdaman ng nanay at tatay niyo, and your family and your friends. Sila 'yung maapektuhan dito. If you don't care about yourself think about them."
When asked by the press if what he wants to tell young people who are enticed into taking party drugs, he responded, "Just don’t. Bakit? What's the point? So you can be cool? Magpapadala ka sa peer pressure? Ito 'yung mga things na talagang sana mawala.”
He concluded, "My final thought, have respect for yourself. Huwag niyong babuyin 'yung sarili niyo."
Celebrity