LOOK: Emma Watson as Belle in 'Beauty and the Beast' teaser 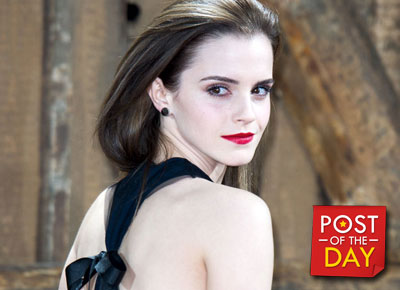 Disney has released its teaser for the upcoming live action adaptation of the classic tale Beauty and the Beast.
The teaser revealed footage of the castle where "the Beast" lives. Viewers also got to see Emma Watson as Belle.
The trailer has now 3,000,000 plus views as of this writing. Netizens and fans of the classic tale are rejoicing as they get to have a first glimpse of the adaptation.
Aside from Emma, other cast of the movie include Dan Stevens who plays the Beast, Luke Evans as Gaston, Ian McKellen as Cogsworth, Emma Thompson as Mrs. Potts and Ewan McGregor as Lumiere.
The movie will be shown in theaters on March 17, 2017.
Celebrity