SPOTTED: Bea Alonzo and Zanjoe Marudo at a party 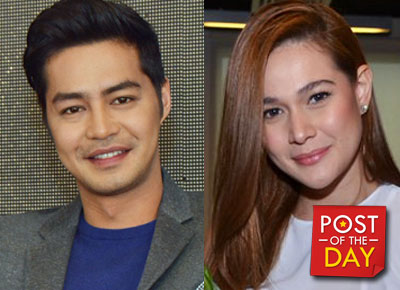 Fans of former couple Bea Alonzo and Zanjoe Marudo are elated over the photo shared by Dreamscape promo manager Eric John Salut on Instagram.
Bea and Zanjoe were spotted hanging out with other friends at ABS-CBN Chief Operation Officer for Broadcast Cory Vidanes' birthday celebration last May 20.
In previous interviews both stars admitted they have kept in touch with one another even after their break up.
Bea is being linked to her "A Second Chance" co-star John Lloyd Cruz while Zanjoe said he wants to rest from the dating scene for the meantime.