Whatever happened to Leandro and Carlo Muñoz? 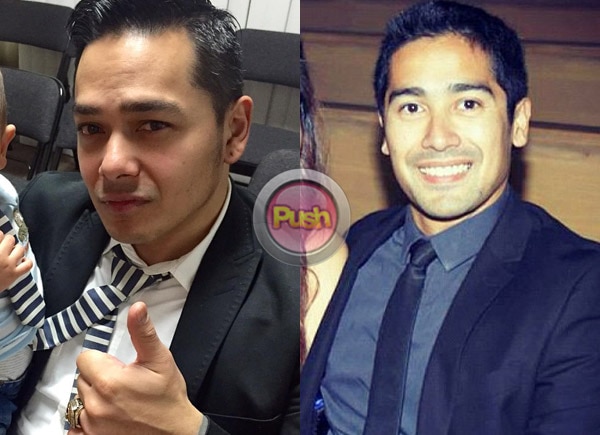 Many were delighted to see brothers Leandro and Carlo Muñoz back on Philippine TV via the series The Story of Us which stars Kim Chiu and Xian Lim. Carlo was part of Star Magic’s Batch 6 in 1997 while Leandro was in Batch 8 in 1999.
Leandro was part of the movies Anak (2000), The Sisters (2011), and Kahit isang Saglit (2000). On the other hand, Carlo starred in Yamashita: The Tiger's Treasure (2001), Dekada '70 (2002), and Got 2 Believe (2002).
They were still at the peak of their showbiz careers when they left and migrated to the USA. According to columnist Ricky Lo, Leandro, Carlo and their other brother Angelo migrated to the US in 2003 right after their father Louie Muñoz died of heart attack.

Leandro, who is now based in California, has a wife named Sheryl Espero, a 31-year old US-born Filipina. It was a double celebration for Leandro because as he turned 40 last March 25, they remarried. Their reception was held in Hollywood, Leandro told Ricky.

My beautiful wife organized a surprise 40th bday for me with 200people showing up! 03-26-2016 is a date I will never forget! I love you babe! #sherleeforever 40th surprise bday and ReMarrying each other , I would do it a thousand times over and over..

Sheryl was a nurse but is now the Regional VP of Primerica Financial Services. Leandro is also part of the Muñoz team of Primerica.

Spoke In front of 800 Very motivated beasts!!! Im getting the hang of this! #2016makanvandfaststart #munozpowerteam #financialfreedom #hustlenowballlater

On the other hand, Carlo is happily married to Meg “Enid” Reyes and they now have three children named Caleb, Joshua, and Isaiah. Carlo and Meg had an intimate civil wedding last February 14, 2004 in the US. They were famous for their PLDT commercial where Carlo was “Billy” and Meg was “Gracia.”

In 2010, before switching to Primerica, Leandro was also an ambulance marketer. Carlo joined him a year after. According to ABS-CBN News, “their job is to convince hospitals and care facilities to use their company to transport patients.”
Before Leandro discovered the ambulance industry, he was a car dealer. Carlo however, was part of the musical Amerikana: Made in the Philippines with Fe delos Reyes for a year.
Celebrity