Is Piolo Pascual saying goodbye to heavy drama? ‘It’s the signs of the times’ 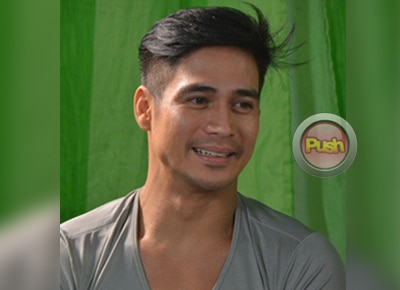 In his latest Star Cinema film Love Me Tomorrow, Piolo Pascual admitted he was ready to play the object of affection for co-stars Dawn Zulueta and Coleen Garcia. He said the role isn’t nany more daring than some of his earlier work in cinema. "Actually in my launching film Lagarista I went all out and even in Dekada 70. So I’ve done crazier stuff but it’s a role. That’s the first thing I said (to the management), ‘Ano ba ako dito, karne?’ (laughs). Sabi ng Star Cinema, ‘Oo!’ So okay at least alam ko di ba? (laughs). So workout na lang muna ako ng workout,” he said.
Piolo admitted that he and Dawn really enjoyed taking a departure from doing heavy drama in his current film. “We wanted to do something light since when we do TV iyakan and drama and everything so this is a good diversion for us as well,” he said.
The Kapamilya heartthrob said working with a more veteran actress was an honor for him. "When I saw her sa last movie niya, I saw her passion. She doesn’t compromise you know. Yung excitement niya as an artist, it has not faded and it’s what I appreciate in her as an artist. She doesn’t rest on her laurels. She’s always challenged by what  she’s given. Kaya nga na-intimidate ako sa first few days kasi alam na alam ni Ms. Dawn yung ginagawa niya. Hiyang hiya naman ako kaya nagpursige ako lalo and it’s always nice to work with people that have the same passion for their craft because mas matututo ka, mas makakapag-explore ka, mas reresputuhin mo yung trabaho mo and that’s what I saw from her that’s why nagpursige ako sa pelikula na ito,” he added.
Even though Piolo has been doing mostly romantic comedies on the big screen, he said it is not a deliberate choice but rather a trend in the industry. “I guess ito lang siguro yung nabibigay na concept and we do so much drama on TV anyway so sa movies siguro mas maganda na mas light para may iba namang flavor. And when this was pitched to me that was my first concern kung masyadong malapit sa last role ko sa Breakup Playlist as a musician so we had to make sure na ibang iba siya as a character. Siguro hindi naman sumasadya na luma-light lang (yung roles) siguro it’s the signs of the times. Ngayon mas gusto ng mga tao na light ang napapanuod nila so sumasabay lang tayo, umaayon lang,” he admitted
Celebrity