The actor says he is ‘legally barred to exercise his right to vote.’ 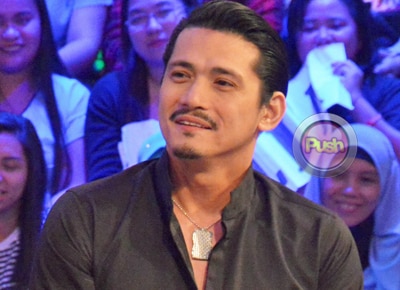 With the help of his lawyer, Robin Padilla released a statement on his social media accounts to prove he did not violate any law during the elections. This rooted from his post on Instagram, where he uploaded a photo of a ballot where Davao City Mayor Rodrigo Duterte’s name and the AMIN party-list were shaded. Netizens castigated Robin’s post which he soon deleted.
In his latest post, the actor explained that it was just a sample ballot and at present, he is ‘legally barred to exercise his right to vote.’
“I am posting this letter from my lawyer to inform the public that I am not tolerating the present Assassination of my character. My Honor is the only thing that I have in my life.
“Freedom was taken away from me since 1995 presently I am still in conditional pardon without any civil rights. 2013 came this Government took away my Right to bear Arms and left me defenseless against evil and political gangsters and now 2016 elections came, me without any Voting Rights am being judged by some netizens for violating election rules while voting.
“If I did something to this effect I am calling the COMELEC to arrest me and put me to jail if proven that I went to a precinct, voted and took pictures of an official ballot. If proven otherwise then the legal battle should start and make the guilty answer for their actions especially the bullying,” he said in his post.

Robin’s wife Mariel Rodriguez also posted on her Instagram account to support him.  The It’s Showtime host is sure that Robin did not take photos inside a precinct because he isn’t allowed to vote.
Mariel was also criticized by netizens when she uploaded her photo wearing a “DU30” shirt at her voting precinct.
READ: Mariel Rodriguez: ‘I really don’t think that I did anything unlawful’
Celebrity