The judges reached a deadlock between Ody Sto. Domingo and DM-X Convalenoz. 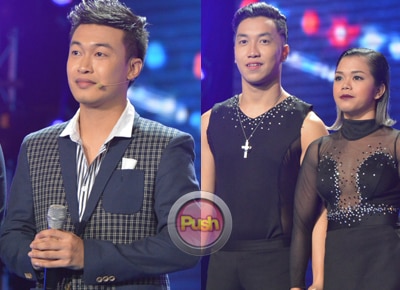 Dancing couple Power Duo and magician Ody Sto. Domingo made it to the grand finals of Pilipinas Got Talent season 5 as announced this Sunday night, May 1.
While Power Duo dominated the public votes with 57.38 percent, the judges had to decide on the fate of hip-hop dance group DM-X Comvalenoz and magician Ody Sto. Domingo.
Freddie M. Garcia and Robin Padilla voted for DM-X while Vice Ganda and a tearful Angel Locsin gave their votes to Ody Sto. Domingo.
However, following the show rules, in case of a tie, the public votes will be considered the evening’s tie breaker.
It was then revealed that Ody got 30.41 percent while DM-X got 7.76 percent so the magician was declared the other grand finalist of the night.
Another batch of semi-finalists will compete to earn a spot in the grand finals next weekend.
WATCH Power Duo and Ody Sto. Domingo’s performances HERE
Celebrity