Minzy no longer a part of K-pop group 2NE1

YG Entertainment admits 2NE1 will now be a 3-member group. 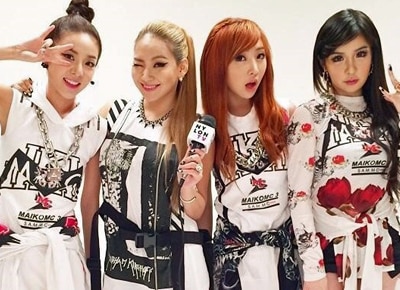 K-pop fans are abuzz with YG Entertainment confirming 2NE1 member Minzy is leaving the group. Launched in 2009, 2NE1 has since gained popularity around the world and in the Philippines. Other members of the group are CL, Park Bom and former local star Sandara Park.
There were already speculations by fans in the past weeks about Minzy’s departure from the group and YG finally released an official statement on the matter.
"We are sorry to inform the many 2NE1 fans who've waited so long. We are making an official announcement that 2NE1's maknae Minzy will no longer be a part of 2NE1," the agency said.
The management of the group also detailed that they met up with the girls and talked to them one-on-one regarding their contracts. "With the end of 2NE1's contract with YG coming up on May 5, 2016, we met with the 2NE1 members this past January to discuss their intentions about re-signing. However, Minzy expressed her intentions that were different from the group."
YG also promised the group’s fans a 2NE1 comeback this summer with the remaining members. They also said they are not looking for a new girl to replace Minzy. "The remaining three members have re-signed, and they're preparing for a new song release for this summer as 2NE1."
Meanwhile Sandara and Bom were sighted vacationing over the weekend in the Philippines, after the former’s meet and greet event for a local clothing brand.
Photo credit: Dramafever.com
Celebrity