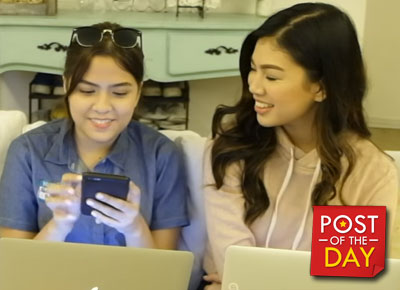 In one of Alexa Ilacad’s vlogs with Janina Vela, they played a game of Truth or Dare. Their fans were the ones who asked them questions or dared them through Twitter.
One of the dares was for Alexa to give her crush a call. At first she was hesitant but eventually called Nash Aguas. She later revealed that she was supposed to call actor Enchong Dee and then Janina shared that in Alexa’s phone there are three hearts after Enchong’s name.
Watch their ‘Truth or Dare’ game below.
Celebrity