Child stars then and now 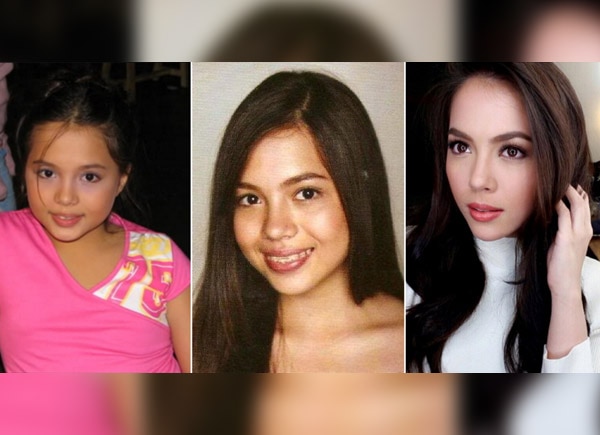 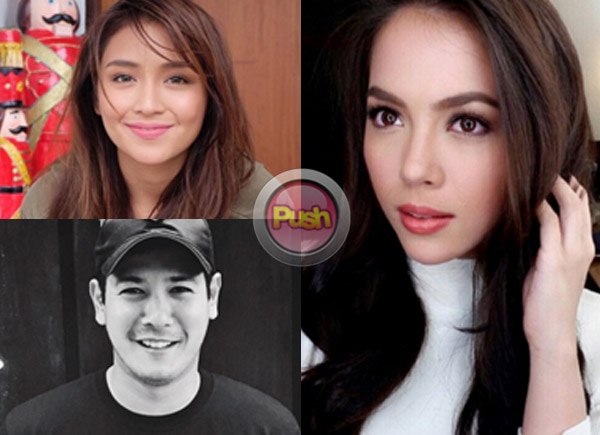 Growing up in showbiz can be tricky and a lot of child stars fail to transition into successful actors in their adulthood. But some lucky ones turn into the hottest and most talented actors/actresses of their generation. Push lists down former child stars who are still in the biz.
Julia Montes
Julia Montes started showbiz when she was just six years old. She first appeared in TV commercials before acting on TV. Before landing a spot in the kiddie gag show Goin’ Bulilit, she appeared in numerous TV series such as Hiram, Maalaala Mo Kaya, Ligaw na Bulaklak, and I Love Betty La Fea. Julia became known for her portrayal as Clara del Valle in the remake of Mara Clara in 2010.
She is currently starring in the series Doble Kara and was dubbed as the Royal Drama Princess. Julia is also currently linked to actor Coco Martin although in her previous interviews, she evaded those questions.
Read: Julia Montes reacts to rumor she is Coco Martin’s girlfriend: ‘Siya na lang yung tanungin niyo’
(Source: Julia Montes’ Instagram and https://juripunek.blogspot.com/2013/08/blast-from-past-julia-montes.html#)
Kathryn Bernardo
Kathryn Bernardo started acting in 2003 when she portrayed the role of young Cielo in the TV series It Might Be You. When she turned 10 years old, she was part of the series Super Inggo and also appeared in Krystala and Vietnam Rose before getting a spot in the kiddie gag show Goin’ Bulilit. Kathryn became known for her role as Mara David in the remake of Mara Clara.  From then on she top billed several TV series and eventually formed a love team with actor Daniel Padilla. Kathryn also made her self-titled album in 2014. (Source: Kathryn Bernardo’s Instagram, https://www.fanpop.com/clubs/kathryn-bernardo/images, https://pinoydailytv.wordpress.com/category/kathryn-bernardo/)
Antoinette Taus
Antoinette Taus started showbiz when she was 11 years old in 1992 and first appeared on the show Ang TV. In 1996, she transferred to GMA Network and she became known for her roles in Anna Karenina and T.G.I.S. Antoinette was recently nominated for the 8th Gawad Buhay as Outstanding Female Featured Performance in a Musical for her portrayal as Lavinia Arguelles in Bituing Walang Ningning. Her latest appearance on TV was in the series Tubig at Langis. 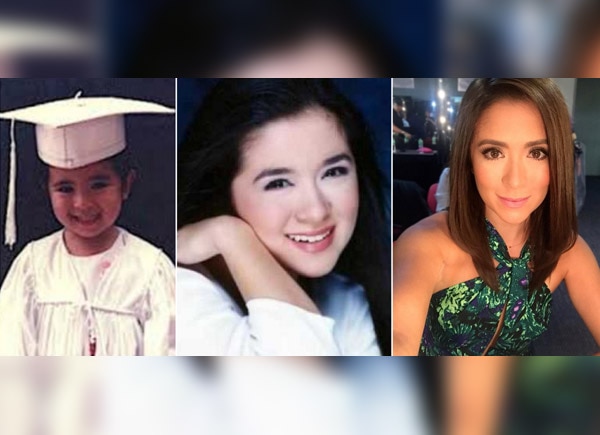 (Source: Antoinette Taus’ Instagram and https://www.angelfire.com/celeb2/flipceleb6/antoinette.html)
Tom Taus
Antoinette Taus’ younger brother Tom was one of the famous child stars during the ‘90s. Tom appeared in the youth-oriented variety show Ang TV in 1994 and also starred in the movies Batang Z (1996) and Anak ng Bulkan (1997) but he was best known for his portrayal as Cedie in the movie Cedie: Ang Munting Prinsipe in 1996. Tom made a major shift in his career and focused on his music. Tom is currently a DJ and has been spinning for more than eight years now. He also made a name for himself in clubs here and abroad. He is known as DJ Tommy T in clubs in Los Angeles, Hollywood and Las Vegas.
Read: EXCLUSIVE: Former child star Tom Taus on working in showbiz: 'Honestly, nakaka-miss din' (Source: Tom Taus’ Instagram and https://www.geocities.ws/MIGHTORS4/Lawrence/lahar.html)
Patrick Garcia
Patrick Garcia joined showbiz in 1992 when he first appeared in the hit show Ang TV and became known for his role in Tabing Ilog (1999) and in Pangako Sa’Yo (2000). His last project was in the series All of Me and was also part of Maalaala Mo Kaya’s episode “Call of Duty” last February 20. Patrick is now happily married to wife Nikka Martinez-Garcia and they already have two daughters named Chelsea and Patrice. Patrick also has a seven-year old son named Alex Jazz with actress Jennylyn Mercado. 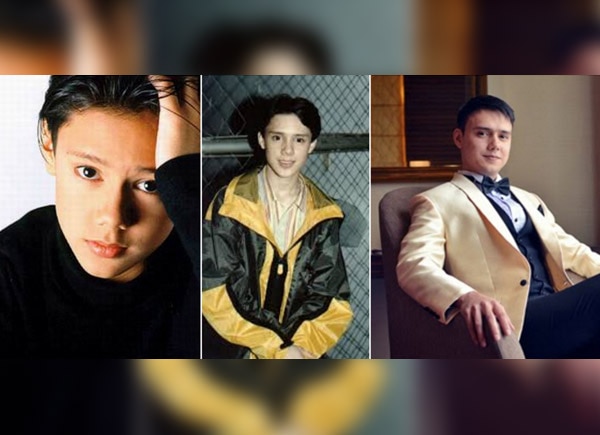 (Source: Nice Print Photography [https://niceprint.blogspot.com/2015/03/patrick-garcia-nikka-martinez-official.html] and https://en.wikipilipinas.org/index.php?title=Image:Young_patrick_garcia.jpg)
Angelica Panganiban
Angelica Panganiban joined showbiz when she was just six years old. She first appeared in the TV series Love Note and eventually became a regularon Ang TV in 1992. As a child star, she was best known for her role Becky in the movie Sarah… Ang Munting Prinsesa (1995).
A multi-award winning actress, Angelica is versatile enough to switch from drama to comedy. She was given the Bert Marcelo Lifetime Achievement Award by the Guillermo Mendoza Memorial Scholarship Foundation for her contribution in comedy at the age of 28. Angelica was part of the remake of Pangako Sa’Yo where she portrayed the role of antagonist Claudia Buenavista and she’s also a regular in the comedy gag show Banana Sundae. Angelica is currently single after breaking up with John Lloyd Cruz earlier this year. 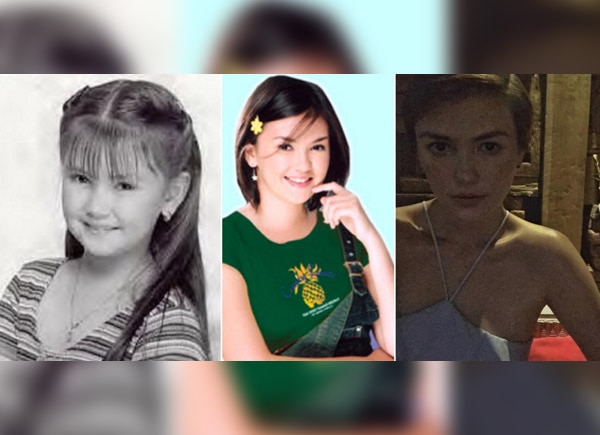 (Source: Angelica Panganiban’s Instagram, https://pinayentertainment.blogspot.com/2008/06/angelic-face-angelica-panganiban.html, https://www.pinoyexchange.com/forums/showthread.php?t=321745&page=95)
Camille Prats
Camille Prats first appeared on national television when she joined Eat Bulaga’s segment “Little Miss Philippines” in 1990 and then joined the youth-oriented series Ang TV in 1992. As a child star, she was best known for her role as Sarah in the movie Sarah… Ang Munting Prinsesa in 1995. In 2006, she posed for FHM Magazine to leave her Sarah image behind. She is currently part of GMA network’s series Wish I May. Camille was married to Anthony Linsangan in 2008 and had a baby named Nathan who is now eight years old. Anthony died last 2011 due to nasopharyngeal carcinoma. Camille is now happy with fiancé VJ Yambao who proposed last 2015. (Source: Camille Prats’ Instagram and https://tribute2stefcams.5u.com/photo5.html, https://www.oocities.org/hollywood/land/6857/castpages01.html)
Carlo Aquino
Carlo Aquino joined showbiz in 1992 and was part of the show Ang TV. He became known for his role in the 1998 movie Bata, bata... paano ka ginawa?  for which was awarded as Best Child Actor from FAMAS Awards. Aside from acting, he also ventured into food truck business and singing. He is currently part of the series We Will Survive. John Prats
John Prats first joined showbiz in 1992 when he was part of the TV show Ang TV. During his teenage years in showbiz, he was paired with actress Heart Evangelista and their love team was recognized and awarded as Most Popular Love team of RP movies at the 33rd Guillermo Mendoza Memorial Scholarship Foundation. Aside from acting, John is also into photography, singing, and dancing. John is currently appearing in the TV series Ang Probinsyano and is a regular on the comedy show Banana Sundae. John is happily married toactress Isabel Oli and their first child Feather was just born last April 18. 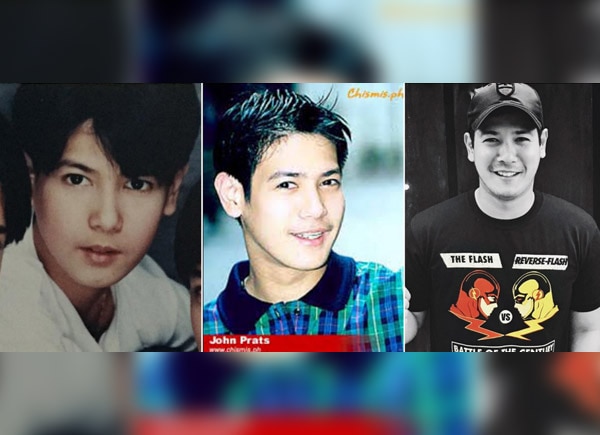 (Source: John Prats’ Instagram, JCS Album, Chismis.ph)
Aiza Seguerra
Aiza Seguerra was only three years old when she joined Eat Bulaga’s Little Miss Philippines in 1987. She became part of the noontime show until 1997. Aiza appeared on several films and was part of the comedy show Okey Ka Fairy Ko! aside from acting, Aiza is also known for her talent in music. Her single “Pagdating ng Panahon” became a major hit in 2001. Aiza is currently one of the judges in TV5’s Born to be a Star. Aiza, who came out as lesbian in 2007 now identifies himself as a transgender man. Aiza is happily married to Liza Diño. 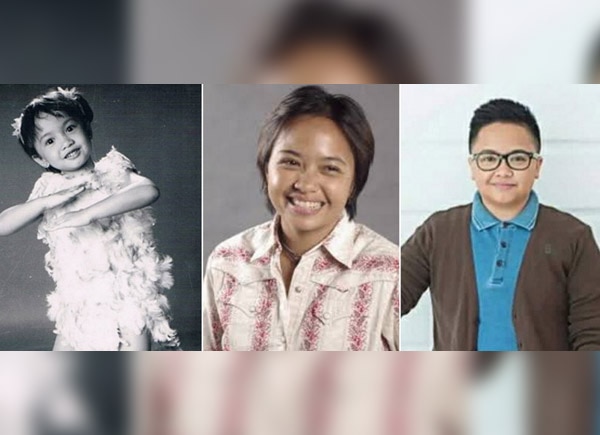 (Source: Aiza Seguerra’s Instagram and https://www.people.nfo.ph/celebrity/actress/aiza-seguerra/attachment/aiza-seguerra-02/)
Matet de Leon
Matet de Leon’s adoptive parents are Christopher de Leon and Nora Aunor. Matet first appeared in the 1986 film I Love You Mama, I Love You Papa and in 1987 she portrayed the role of Angelita in the movie Batang Kerubin. Matet’s last appearance on the big screen was in the 2015 movie Walang Forever. One of her notable roles was in the series The Legal Wife; she is now currently part of GMA Network’s That’s My Amboy. Matet is happily married to chef Mickey Estrada. Matet and Mickey have three daughters namely Mishka, Michaela, and Mia. In 2005, the couple lost their second child, named Juan Miguel, five days after his birth. (Source: Matet de Leon’s Instagram, https://sportzetc.com/entertainment/16-photos-of-philippines-child-stars-then-and-now/3/, https://starforallseasons.com/2013/04/06/filmography-takot-ako-eh-1987/)
Kiray Celis
Kiray Celis joined the Miss U contest on the now defunct Kapamilya noontime show Magandang Tanghali Bayan in 1999 when she was just four years old. She later became part of the noontime show. Her first appearance on the big screen was in Pera o Bayong (not da TV) which starred the entire cast of MTB. Kiray eventually landed a spot in the kiddie gag show Goin’ Bulilit in 2005. She also appeared in several TV series and films but her biggest break so far was in the 2016 movie Love Is Blind. (Source: Kiray Celis’ Instagram and https://happyhappystar.wordpress.com/tag/goin-bulilit/)
Janice de Belen
Janice de Belen first entered showbiz when she was nine years old. She was part of Kool!!! as Rica and became a newscaster for the RPN 9's Newswatch Junior Edition. Her biggest break as a child star was the role of Flor in the hit series Flordeluna (1979). From then on she became one of the great actresses of her generation, receiving numerous awards. One of her hit roles was in the series Bugoy. Janice is currently part of the morning series Be My Lady.
When Janice was 18 years old, she got pregnant with actor Aga Muhlach’s child. Aga was her leading man in the movie, Super-Wan-Tu-Tri. Their son was named Luigi “Igi Boy” Muhlach. Janice eventually married actor John Estrada in 1992. They separated in 2004. They have four kids: Inah, Moira, Kaila, and Yuan. 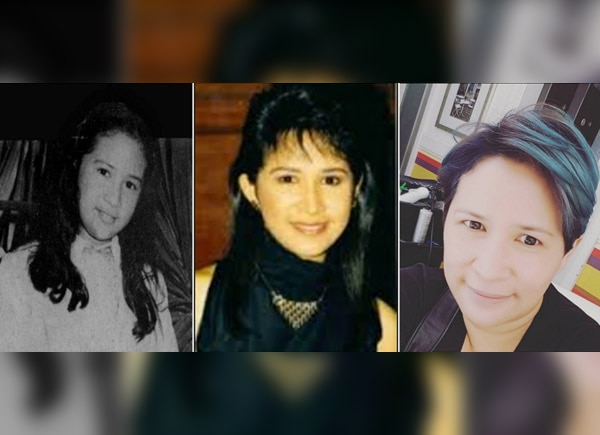