Will Georgina Wilson be Mrs. Burnand this weekend? 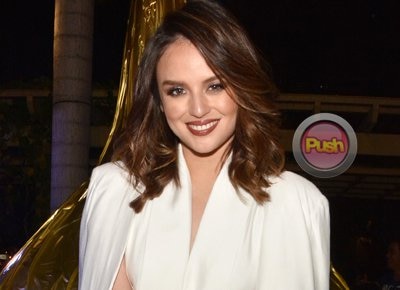 Model and former “Asia’s Top Model” host Georgina Wilson and her celebrity friends got people curious with their Instagram posts as they all flew to London for the weekend. This made netizens think that Georgina Wilson might be marrying her British fiancé Arthur Burnand any day now.
Among those who posted on their Instagram were Georgina’s sister Jessica, Anne Curtis, who was with her sister Jasmine Curtis-Smith, Solenn Heussaff and her fiancé Nico Bolzico, Carla Humphries, Isabelle Daza and celebrity stylist Liz Uy.

Georgina recently had a bridal shower and people were able to take a sneak peek through Laureen Uy’s Snapchat story.
LOOK: Georgina Wilson’s bridal shower https://pushmobile.abs-cbn.comhttps://push-data.abs-cbn.com/push/archive/features/62792/look-georgina-wilsons-bridal-shower/single/
Preview Magazine also featured Georgina on the cover of their latest issue with the caption “Last Ms. Wilson.”
However, Georgina or her friends have yet to officially announce the exact day when Georgina will get hitched.
Celebrity