Aside from a movie, Gerald Anderson is also set to star in a new soap together with Yen Santos and Jake Cuenca. 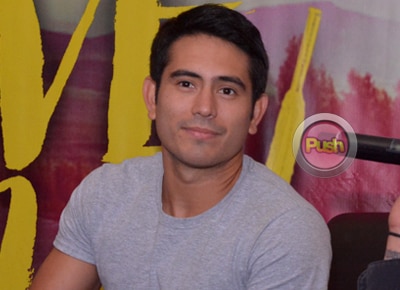 After the success of his movie Always Be My Maybe with Arci Muñoz, Gerald Anderson will be working again with director Dan Villegas. This time, though, he will have Bea Alonzo as his new leading lady.
In an interview with the press after the movie’s announcement, Gerald admitted that it felt somehow “weird” that they would be working together on the still untitled movie.
“Kahit sino naman, kapag may bagong leading lady ka or leading man, ganun talaga, magkakaroon talaga ng awkwardness,” Gerald explained.
Since the two were formerly linked to one another, Gerald quickly said that he was somehow “prepared” for such kinds of tirade.
“Siyempre kasama talaga yun, it is what it is. Ganun talaga. Sa amin, gusto lang naming magbigay ng magandang movie despite kung ano man ang sasabihin ng iba. Kasama talaga yan, wala naman kaming magagawa,” he said.
The movie, according to Gerald, would tackle just about how much sacrifice and understanding a person can give for the person he loves.
“Kasi parang sobrang mahal mo ‘yung tao yet at the same time naiinis ka sa kanya. Ang hirap i-explain ang unconditional love is kung sino ang pinakamagaling mag-adjust sa inyo kasi iba na yung five years, 10 years and 15 years into the relationship. Kumbaga marami kayong malalaman na ito ang gusto ko sa kanya, ito ang ‘di ko gusto sa kanya. Pero kung mahal mo ‘yung tao siguro wala lahat ‘yun,” he said.
Apart from movie, Gerald will soon be starring in a new soap titled Because You Love Me together with Jake Cuenca and Yen Santos.
Gerald excitedly related that the soap, which has no airing date yet, marks his reunion with Jake with whom he last worked with in 2009 for Tayong Dalawa.
The cast shared that the story will revolve around a triathlon which the characters of the three stars are passionate about.
“Light siya pero the backstory and ‘yung mga pain malalim siya,” described Gerald about his upcoming soap which will be shot in Mindoro.
According to Gerald, he has been training for the soap since last year.
Celebrity