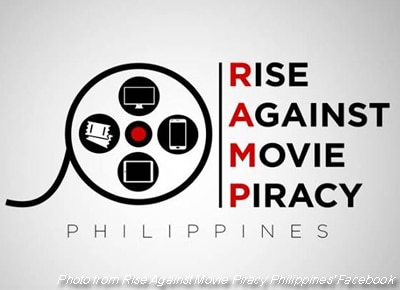 In celebration of World Intellectual Property Day last April 26, exhibitors, movie studios, TV show creators, indie filmmakers, music producers, as well as government agencies teamed up to drive awareness on the impact of internet-based infringement and to strongly encourage Filipinos to patronize safe and legal sources for entertainment content.
In the Philippines, close to 200 million pirated movies and TV shows were estimated to have been shared on P2P networks last year. This indicates that Pinoys are actively engaged in online infringement activities and consume a significant amount of bandwidth to do so. “Creators are not the only ones harmed by content piracy. Unscrupulous individuals and organizations also prey on users of these sites for identity theft and other malicious scams. Each illegal access costs creators of movies, music, and TV shows significant losses in revenue, but it also means serious threats to the users’ online security,” explained Wilson Tieng, President of Solar Entertainment.
Majority of copyrighted content being shared and consumed illegally on torrent sites worldwide consists of film (33%), television (15%), and music (7%). Pornography content was the second most downloaded content at 30%, which raises alarm that such illicit content can be easily accessed by everyone including the youth. “Each illegally downloaded movie makes it difficult for artists to craft high quality, creative films, and deprives filmmakers the opportunity to pursue ambitious new projects due to the inability to recoup production costs,” explained Regional Director Taw Won Cha of the Korean Copyright Commission Manila.
To help raise awareness on the importance of respecting copyrighted content, the Intellectual Property Office Philippines (IPOPHL), Motion Picture Association (MPA), United States Embassy, and the Korean Copyright Commission (KCC), along with the country’s video-on-demand service providers iflix, Blink, and HOOQ, launched a video making contest for Manila-based film students called Rise Against Movie Piracy Philippines or RAMP-PH.
Videos must illustrate the dangers of illegally downloading copyrighted content and must also promote the importance of avoid using valuable bandwidth to support illegal online activities, and create awareness for the legitimate options for films, TV, and music. Submission of entries is from May 1 to August 6 with the awarding on September 6. For more details about the contest, visit the Rise Against Movie Piracy page on Facebook.
Celebrity