Daniel, as it turns out, will be continuing his annual concert for his fans. 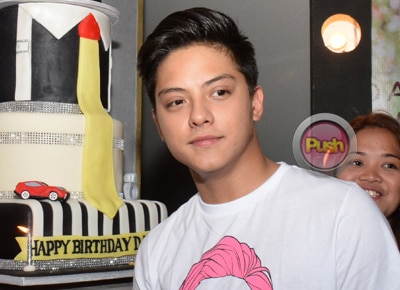 Contrary to rumors, Teen King Daniel Padilla is continuing his annual concert for his fans this year.
Reports that it would not happen emerged with the fact that it was not staged on his birthday month and that no announcement about it has been made.
But during Sunday’s run of Star Magic’s Spotlight, wherein they featured the Crazy Beautiful You star it was revealed that he will be staging his fourth concert by last quarter of the year, according to Star Music head Roxy Liquigan.
However no other details about the event have been revealed as of press time.
It may be recalled that the hashtag #DJP4thConcertSoon trended on Twitter a few days ago after Daniel’s mother Karla Estrada posted it on her account.
Queen Mother however deleted the post a few moments later.
Apart from his upcoming concert, Daniel’s fans can also look forward to his upcoming film with his perennial love team and rumored girlfriend Kathryn Bernardo.
Celebrity