Matteo Guidicelli denies he and Sarah Geronimo are engaged 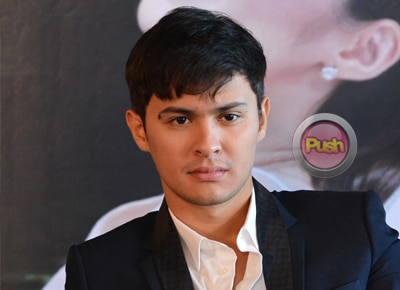 The press asked Matteo Guidicelli about the issue that he was reportedly already engaged to Sarah Geronimo during the recently concluded press conference of the second season of his Cinema One show Single/Single opposite Shaina Magdayao.
"There were rumors that came out that we were engaged and people were texting me congratulations. But no, we're not. We are not engaged," Matteo told reporters.
Following rumors of their engagement, reports also had it that Sarah already left her family to live with Matteo in a condominium unit.
To this he said, "We are not living in together. It's not true.”
Recently, photos of the couple spending some quality time together in Pampanga for the annual Hot Air Balloon Festival spread online. Just a day later, the couple, were spotted in BGC.
“Kapag may time, kapag may time. Ngayon, sobrang busy, as in araw-araw yung trabaho. Pero it’s good busy. So, whenever we have time, we see each other,” said Matteo who stressed that their trip to Pampanga was planned.
However, while most of their fans enjoy the fact that photos of them are showing up online, there are certain quarters who are putting it in a negative light. There are rumors that it was Matteo’s camp who is supposedly leaking all the photos.
Matteo vehemently denied the accusation and said, “You know, we’re public property. We’re public people, di ba, so whenever we go out, people will take pictures.”
“So, that’s really ridiculous if that’s coming from my camp,” he added.
Single/Single directed by Pepe Diokno is Cinema One’s first breakthrough series in partnership with Philstar TV. The series is set to return for a second season starting May 15.
Celebrity