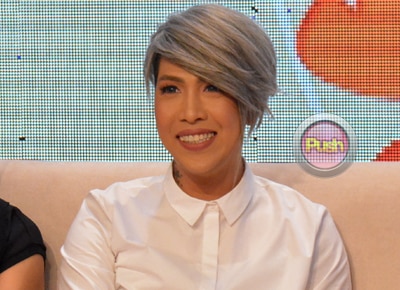 On Magandang Buhay this Tuesday, April 19, comedian Vice Ganda took the chance to express forgiveness towards the man who shot his father many years ago.

Being the youngest among 5 siblings, Vice also admitted that after his mother moved abroad and his father died, he did not grow close to his siblings as they were living independently although under the wing of their grandfather. Saying that he found it a struggle to live without parents, Vice said that he also did not talk much to his siblings in the fear that they will find out his gay. Both of his brothers are also openly-gays. He said that he only opened up about his sexuality when his father died and moved to college, “Pero noong high school, hindi pa masyado kasi subsob talaga ako sa pag-aaral no’n dati.”

Talking about more about his struggles in the past, The Gandang Gabi Vice host recalled the time he saw his father got shot.

Later, Vice also talked about his surprise for his mother in the United States which also happened during Palm Sunday of this year. For the first time, he was joined by his siblings, Emma and Babot on the show.

Vice recalled the event as the happiest part of his life. According to him, his team called his mother to inform her of an interview for Vice’s birthday. Little did his mother know, Vice was already touring his siblings around Los Angeles and was preparing for her birthday surprise.