John Prats’ wife, actress Isabel Oli has given birth to a baby girl on Monday, April 18. 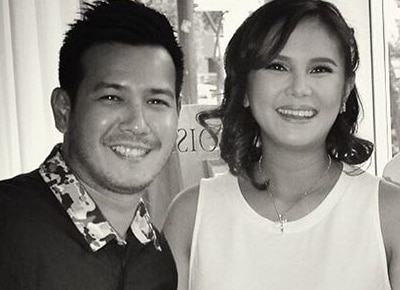 Kapamilya actor-dancer John Prats and wife, actress Isabel Oli took to their respective Instagram accounts to announce that Isabel has finally given birth to a baby girl, whom they named Lily Feather. John shared with Boy Abunda that the name ‘Lily’ is Isabel’s grandmother’s name while ‘Feather’ meant the feeling of being light.
Isabel posted a photo of baby Feather’s foot with an information bracelet that says, “Prats, Girl of Maria Olivia Daytia,” and the date, “April 18, 2016.”
“Thankyou so much God ???   #WeAreTheDynamites @iamjohnprats @featherprats ???” she captioned the photo.
Meanwhile, John posted the same photo and captioned it, “So this is what LiFe looks like. Hello my #BabyDynamite @featherprats ?  4-18-16 #WeAreTheDynamites”
John and Isabel got married May of last year in two ceremonies. Four months later, on September 15, they announced that they are expecting their first baby.