Pia Wurtzbach and Dr. Mike have a number of similar traits that make them a perfect match 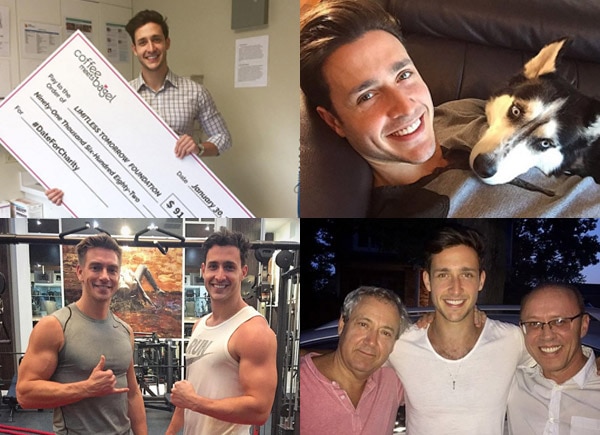 Now that Miss Universe 2015 Pia Wurtzbach finally admitted —at least here in the Philippines—that she is exclusively dating Mikhail “Dr. Mike” Varshavski, many became very curious about him.
Many know that Dr. Mike was featured by People magazine in its November 2015 “Sexiest Man Alive” issue and that he has been a medical practitioner for two years after graduating from the New York Institute of Technology's College Of Osteopathic Medicine. He currently works at the Overlook Medical Center in New Jersey.
But what is it about him that won the heart of our Miss Universe? Push lists down five possible answers.
1. He’s benevolent.
Dr. Mike established a foundation called Limitless Tomorrow. According to the organization’s website, they “aim to help individuals of all backgrounds struggling with financial barriers to reach their unique goals.”
Early this year, prior to meeting Pia the first time, Dr. Mike put his online popularity to good use by “auctioning himself off for charity” in partnership with a dating application for a date weekend with him.
The auction seemingly coincided with Pia’s very own charity events in the country, particularly when she visited kids who are in need of cleft surgery at the Smile Train.
2. He’s into fitness.
This is probably a non-negotiable for Pia since she has a figure to maintain as a beauty queen. Dr. Mike, who is very much into tennis and even boxing (which was what occupied one of their gym dates in the past).
Pia herself is into running, boxing and a whole host of things that are in tune with her healthy and active lifestyle.
3. He’s a dog lover.
There’s nothing like finding a guy who shares the same love that you have for pets—or for dogs to be specific. The Russian-born doctor has a five-year-old husky named Roxy. Reports had it that he gave his furry friend to his dad after his mother passed away in order to somehow ease the sadness.
Pia has a Chihuahua named Prada who even figured in her homecoming special. During her first homecoming, Pia even broke protocols just to say hi and shake hands with a security dog that was on standby.
4. He’s had a responsible childhood.
He got his “Dr. Mike” when he was a lot younger because it was his father, who was also a doctor, whom the kids in the neighborhood consulted whenever they get minor bruises or injuries.
Pia had been exposed to a different kind of responsibility when she entered show business while she was just 12 years old.
5. He’s a family guy.
A total non-negotiable for most Filipinas is being a family guy. Dr. Mike, in a previous interview, shared that he values his family above everyone else. However, honest as he was, Dr. Mike shared that he was estranged from his father for a long time and was only able to renew ties with him after his mother passed away.
Although most of her family are based in the UK, Pia makes it a point to spend time with them whenever she can. Her sister, Sarah Wurtzbach, even flew in to support Pia during the turnover of the Binibing Pilipinas Universe crown.