Why Matteo Guidicelli is the ultimate boyfriend material 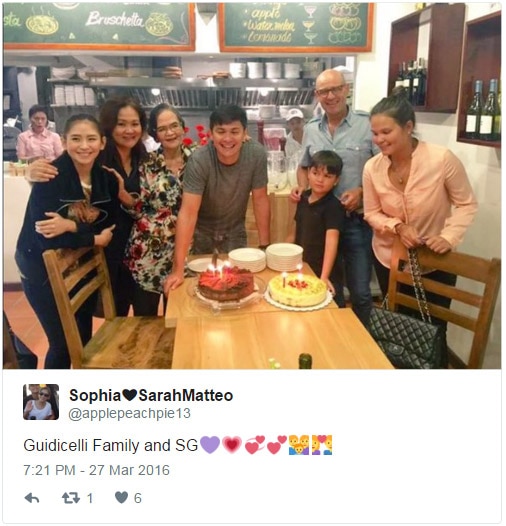 With Matteo Guidicelli’s good looks and southern charm, he is definitely qualified to be a “dream boy.” Even though we all know that he’s in a relationship with Popstar Royalty Sarah Geronimo, there’s still no harm in idolizing this Cebuano-Italian hottie! Aside from his talent in acting, the Dolce Amore star is also into singing and is also good at several outdoor activities. Push lists down the many things that make Matteo ultimate boyfriend material.
Matteo is also good in singing
Matteo released his self-titled album last 2015 and in December, it reached #4 on the Top 10 albums in the Philippines according to Odyssey Music & Video’s nationwide sales report.
Matteo is also a restaurateur
Matteo recently opened an Italian restaurant in Cebu called Trattoria da Gianni where he also celebrated his 26th birthday with his family and girlfriend. Who wouldn’t admire a man with long-term plans, right?


Matteo was a racer
Matteo was 11 years when he first started kart racing in Cebu and when he turned 18, his mother advised him to shift his passion to something safer. Years after, Matteo once again rode a kart and drove it with Sarah. This is relationship goals
Gif source: https://www.youtube.com/watch?v=EZesMZpPLxs
Matteo looks good even while sleeping
Matteo looks good from every angle, imagine waking up beside this face.
He is an animal lover
Matteo loves his dogs and was even seeking for justice when his dog Alfano passed away.
Also, imagine having a boyfriend who has these talents
Swimming (plus he looks good when showering)
Gif source: https://www.youtube.com/watch?v=FmOxZdG3H_Q
Bike (trek bike or big bike)