Iñigo Pascual claims that he and Miles Ocampo are still trying to find time to hang out. 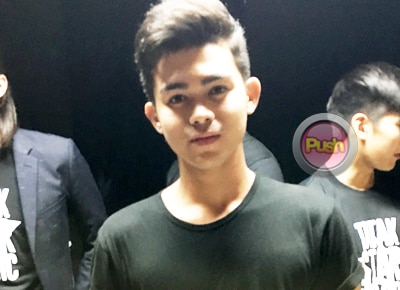 After their successful soap And I Love You So, teen star Iñigo Pascual stressed that he and co-star Miles Ocampo have made it a point to stay in touch.
Although they revealed that they have been childhood friends, Iñigo and Miles, have only been able to work with each other on the said soap.
“Okay naman siya, nagkakatext pa rin kami. Hindi pa kami nagkikita for a longtime since she’s busy with her project Home Sweetie Home palaging hindi kami nagkikita sa ABS[-CBN] pero nagkakausap pa kami,” said Iñigo in a recent interview.
During the last interview for their soap, both Iñigo and Miles admitted that they had gotten closer while doing the project.
“I want to be able to spend more time with her. We try our best naman to hang out with each other naman. We try to text each other kasi talagang sa trabaho lang kami nagkakasama eh,” added the 18-year-old star.
But he was quick to add that they are really just close friends and that he still wants to work with her again in the future “kasi we were able to go back to our friendship kumbaga.”
“Kasi kahit ilang months or years kami pinaghiwalay, na hindi nagkikita. ‘Yung bond namin sa And I Love You So, mas naging closer kami. So I want to go there again,” he explained.
As for Iñigo’s fans, they can look forward to his upcoming ten horror film Bloody Crayons.
“We’re going to start filming soon. Madami kami doon and I’m super excited kasi magkaka-bond kaming lahat,” he shared.
Bloody Crayons is Iñigo's fourth film. His third film was Para sa Hopeless Romantic together with James Reid, Nadine Lustre, and Julia Barretto.
Since the aforementioned film would be his first ever horror film, Iñigo admitted to being quite nervous about it. But he quickly added, “I’m also excited kasi dream ko rin ‘yun na makagawa ng horror film.”
As to whether or not he will he be having a new love team partner in the film, Iñigo kept mum.
Apart from the film, Iñigo is also slated to release his first solo album this May.
Celebrity