The Kidapawan farmers’ release will be delayed due to confiscated ID’s. 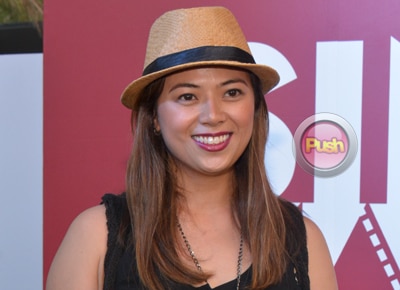 Liza Diño, wife of Aiza Seguerra, was happy to share the good news to everyone through her Facebook account last night, April 13 that they were able to raise funds to bail out the Kidapawan farmers who were arrested when they went to rally and ask for government aid last April 1.
On her Facebook post she shared that most of the funds came from several artists in the entertainment industry. She also thanked the groups who donated.
“We were able to raise funds to cover the whole amount of 546,000 to bail out our farmers!!!! Thank you LORD!!! Most came from artists from the entertainment industry and friends who readily gave their support but there were other groups who donated as well to fulfill the amount,” she wrote.
Liza also updated that their release will have a little delay due to burned and confiscated ID’s during the said rally. She said that lawyers are already fixing the situation.
“Dumalaw po kami sa mga nakulong kanina. Pinapahatid din po nila ang kanilang taos pusong pasasalamat sa pagpapakita natin ng suporta at pakikiramay. Malaking bagay po ito para sa kanila na malamang hindi sila nag-iisa sa labang ito.
“Next step is to process their release. As of kanina, halos walang ID ang lahat dahil sinunog ang gamit nila or ang iba pinagkukumpiska during the rally so baka madelay lang ng konti ang paglabas nila but the lawyers are expediting the processing of documents for their immediate release.”
In her post, Liza also reminded people that this is just the beginning of a long journey towards justice and she also thanked the lawyers who gave the farmers a hand.
“This is only the beginning. Mahaba-haba pa po ang journey na ito. The goal is for all these charges to be dropped at madismiss ang kaso---Pagpupugay para sa ating mga human rights lawyers from different groups like Union of Peoples Lawyers from Mindanao (Davao), KARAPATAN, Nat'l Union of People's Lawyers, at marami pa pong iba na boluntaryong binibigay ang kanilang serbisyo upang matulungan ang ating mga magsasaka. Wag po tayong bibitaw. Patuloy po nating ipakita ang ating pakikiisa sa kanilang laban upang makamit ang HUSTISYA.”
Celebrity