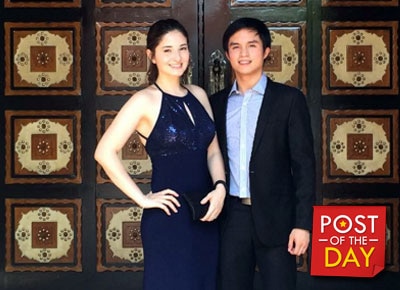 Taekwondo athlete and former actor Japoy Lizardo is now engaged to University of the Philippines' Poomsae Varsity Team coach Janice Lagman. The couple, who are both enthusiasts of the sport, publicly announced their engagement through a video made and published by Sorrelle Isles Film Co. Aside from representing the Philippines in various international competitions, Japoy, who is a Star Magic talent, was also popular for his Milo endorsement in the early 2000s.