Lea Salonga dismayed over theatre audience with no etiquette 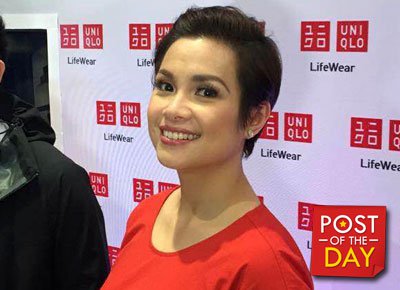 Award-winning Broadway performer Lea Salonga took to Twitter to express her dismay over people who watch musicals but have no etiquette. In a series of tweets, she pointed out the things that people shouldn’t be doing while watching a play.
“Friends that saw Les Miz had people around them talking and burping. I guess some that could buy premium seats couldn't afford class. #SMH” she wrote in one tweet. 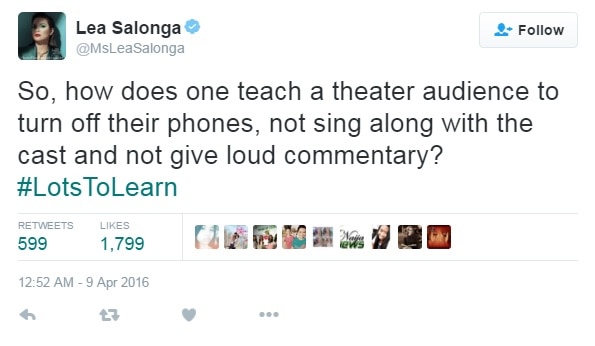 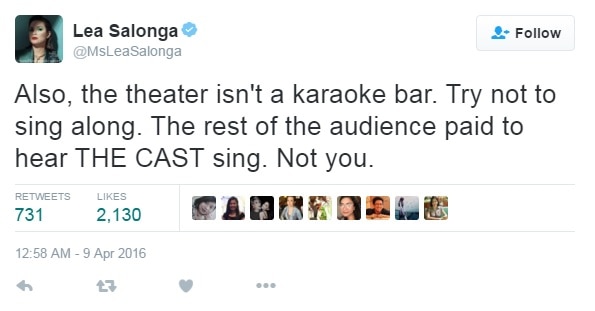