DanRich will start filming their movie around mid-May 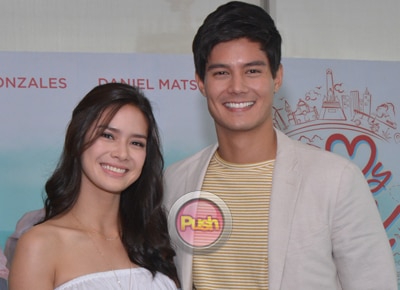 This year is turning out really good for real life couple Daniel Matsunaga and Erich Gonzales as they are also set to start filming their first big screen project together.
The revelation, which was made during this weekend’s Star Magic Spotlight feature, also explained the reason why they were chosen to headline a new film.
“They are one of the most likeable love teams today with maturity,” said Regal Films’ Roselle Monteverde.
The Prince and Princess of Daytime Drama will start filming their movie around mid May according to Monteverde.
They are targeting to release the film with the working title Unforgettable sometime in August.
The film would revolve on the story of a simple chambermaid and a dashing royalty who would cross paths and discover just about how different and similar their lives are despite their contrasting stature.
As of the moment, the couple are working on their top-rating daily soap Be My Lady.
Celebrity