The Kapamilya actor says the director was a very good friend of his since his college years. 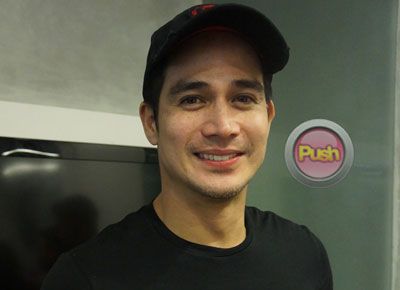 Talking to the actor last Saturday after the necrological service for Direk Wenn, Piolo admitted feeling still in shock over the passing of the blockbuster movie director. “Words can never describe the pain, the sadness, the grief that we all feel kasi parang sobrang nakakalungkot.” Sharing that Direk Wenn has been his friend since his college years, Piolo added, “He’s always been there. Ang sarap niya kasi kasama, napakagaan.”

Revealing that he was supposed to do a film with him, Piolo said, “I’m still in shock, actually. Hindi ko pa rin matanggap.”

Elaborating more about this project he was supposed to do with the late director, Piolo shared that it was a reunion movie with former on-screen partner Claudine Barretto. “May pinitch sa kanya si Clau actually, Direk told me. Sabi nga niya, you know, ako na lang daw ‘yung schedule ko and pagpitch sa Star (Cinema). Siyempre, naghintay ako kay Tita Malou (Santos) as to when we were supposed to meet for it. Hindi na nga natuloy so (sayang).”
Celebrity