Will Denise Laurel allow her son to join showbiz?

Denise Laurel says her son has the potential to sing. 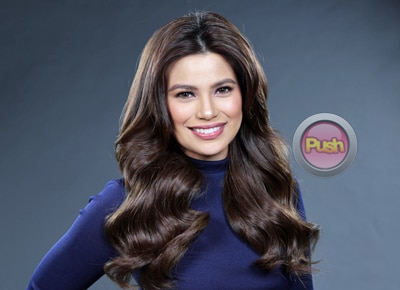 When asked if she is open to the possibility of her son joining showbiz, Denise Laurel said that she might allow him to do so but only after he finishes his education.
"Maybe after school when he is older or just during summer just fine pero kailangan ko muna siyang turuan. He's just a baby, he just looks big, he looks like a nine-year old but he's just four. So play mode pa siya eh pero if he wants it, I started theater at six professionally and TV at 10 only, but only when he is not in school," she said.
Denise shared that her son is actually showing some talent in singing. "He's amazing, nakakarinig lang siya ng kanta once nakukuha na niya and he can make his own harmony. Galing! So sometimes I'm singing and he sings second voice, ganon."
Meanwhile after her stint in Your Face Sounds Familiar and Nasaan Ka Nang Kailangan Kita, Denise is presentlly working on an indie film and will soon be releasing a song.
"I'm shooting an indie film now Magtanggol and then I'm also releasing a single in a few months and a music video. I'm supposed to be doing a soap but I think we got moved so I’ll just wait for that."
She further relayed," In the meantime ,my single is coming out. I can't say pa [the details but] I want Filipinos to know that they can make world class music."
When it comes to her album, Denise said that she is hoping to collaborate with Gary V saying, "Maybe tito Gary, I would love to do something with tito Gary. He's just amazing, he's pure energy, I have a lot to learn and he guided all of us in Your Face with great criticisms and great things to work with so why not continue the learning?"
Celebrity