SPECIAL FEATURE: The real beauty that is Vice Ganda

The usual punchlines suddenly turned mute and everyone became silent. 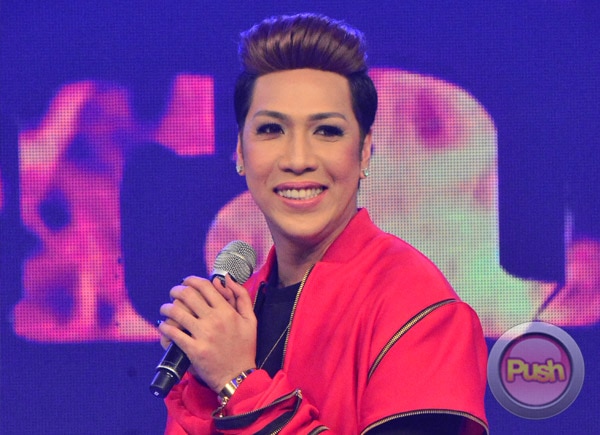 The usual punchlines suddenly turned mute and everyone became silent.

Vice Ganda was speaking to Pamela Reyes, a bullying victim who cried her heart out about her senseless experience of being called ugly by her nasty peers, when everyone in the studio, their offices, or at home just stood, sat and dropped what they were doing and listened.

Then, getting emotional with what that was revealed on the “adVICE Ganda” segment on It’s Showtime in one sunny June day last year, Vice turned to Pamela and exhorted her.

And without hesitation or any instruction from the show’s directors or staff or provocation from the already astonished crowd, he removed his hair extensions, make-up and contact lenses to bring home his point.

It then started his #ProudToBeMe campaign that encouraged everyone to bare their true selves on their social media accounts and share it, flaunt it, and be proud of it. What became his anti-bullying campaign elicited acclaim and praise from all around, primarily his co-hosts who followed his lead and shed off their cosmetics, ditched their fab fashion sense, and went on air the next day baring their plain, true, basic appearance only their families would know.

That in his true sense and calling is one Vice Ganda, or Jose Marie Borja Viceral, the gay comedian who literally changed the landscape and course of Philippine comedy and entertainment.

His films have earned billions, his concerts sell out almost at an instant, and his TV shows have all topped the ratings. Vice is sure one name that never leaves the mouths of people, including those widely used utterances and expressions that come from his own.

He is spontaneous, articulate and true to his self, one transparent soul not stymied, much less ashamed, to let the world know who he really is. And that is what makes Vice so endearing to the general public who appreciates this value in people more than anything else.

And it is largely about his being gay that instilled and pushed so much pride to the community, which now  do not hide in the background joints or speakeasies but show their wares and talented ways on the country’s top TV network. Who would think forty years ago, when dashing male matinee idols and their gorgeous leading ladies get all the marquee attention that one true gay personality would dominate or even just lead a film cast and bring so much interest in Pinoy movies?

Yet, for Vice it is not only about his being gay but also his being an outwardly true person that draws the crowds, not to mention his sharp and impressive wit, effortless delivery and other comedy elements that always make his audiences roll in the aisles.

But beyond being incredibly and phenomenally funny and entertaining, Vice is also one individual who never holds back in lending his voice to relevant discussions, such as bullying or LGBT issues, and other themes that mean a lot to him.

As such, Vice became the most influential social media personality, whose millions of followers always find time to read what he thinks or experiences on a daily basis. Fans and followers call him “inspirational” as he expresses his views in all honesty and from deep inside his heart.

Twitter, in fact, named Vice the “Filipino Influencer of the Year” in 2013, beating politicians, academicians, business stalwarts, and technology gurus alike, over posts that reached millions in engagement and mentions.

Above all, what makes Vice this generation’s top entertainer, celebrity, and social media influencer amid all the cruel backlashes and brickbats from the industry, and senseless bashing and bullying online and offline, is that people mostly identify with him—due to his being genuine, effervescent and cool real beauty