Matteo Guidicelli mourns the passing of his dog 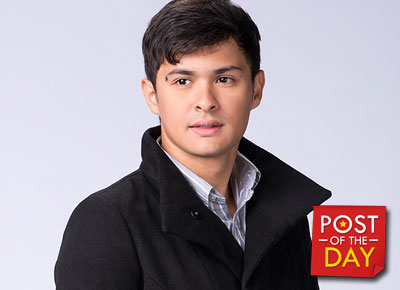 Matteo Guidicelli took to Instagram to express his grief over his dog’s death. He posted a photo of himself together with his dog Alfano and shared what happened to his dog.
“Would like to share this to everyone -- On March 7, 2016 I lost a best friend, Alfano due to straight negligence and improper handling. That morning his energy was perfect- just like any other day. Both his care takers (Tibo & Amay) brought him to Vets in Practice (VIP), Alabang where we was supposed to have gotten a mere checkup (he had pus on his elbow). He was attended to at 11:45am and at 12:00 we got a call from Tibo saying that he wasn't breathing. Confused, we all panicked and headed to VIP. We arrived there and it was too late, Alfano was declared dead at 12:05.
“Here's what exactly happened. As Alfano was attended to, Tibo & Amay were asked to leave because ‘sila na ang bahala,’ said the VIP staff. They brought him to the surgery room without any consent, muzzled him, while 4 men including the vet barbarically pinned him down as the vet tried to aspirate pus out of his elbow. WITHOUT CONSENT. My poor Alfano, was trying to fight for his life but the four men won. He suffocated, his heart gave up and died. This all happened due to MISHANDLING a simple situation. Let's step back and think before we act. We don't want this happening to any other loved one.
“We can't have mistakes like this happen again to other pets,” he wrote.
Vets in Practice has yet to issue a statement regarding the incident as of presstime.
Celebrity