Rica Peralejo tries to stay positive despite the bad news. 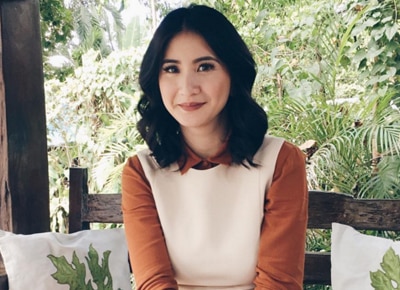 After Rica Peralejo and her sister Paula Peralejo announced that both of them are expecting, the actress broke the sad news to the public today through her Instagram and her blog that she lost her second baby.

“It was good while it lasted, it was good even when it ended. God is good all the time. One of my biggest fears has been realized…I lost the baby in my womb. For those who don’t know, I found out I was pregnant sometime in January, announced it last Sunday to the public, and on Tuesday found out that my baby no longer has a heartbeat,” she wrote on her blog.


In the blog, she explained that during the second ultrasound, the doctor said that her baby with husband Joseph Bonifacio has no heartbeat and the size of the baby did not progress.

“An abnormality with the baby that is not compatible with life so it didn’t allow my baby to progress any further. My doctor said that nothing could have altered this, even if I rested, stayed home, etc. My first ultrasound showed heartbeat and my second didn’t anymore. The size of the baby also remained the same despite the 6-week-gap,” she shared.

Despite the bad news, Rica chose to take it positively and accepted it as God’s will.

“I believe that there is nothing I could have done to keep the baby, or to lose the baby, if it isn’t aligned with God’s good, pleasing and perfect will… Of course this doesn’t mean to say I am completely fine. I am in great emotional pain and many people say it will worsen in the days to come. I keep thinking one day I will know how my baby looks like when I meet him or her in heaven, but it hurts me to think that it won’t be anytime soon.”

She then said that she just informed the public since many have rejoiced with her and Paula because of their “twin pregnancy.” Rica also added that her sister and her baby are ‘doing just fine.’