EXCLUSIVE Angel Aquino on auditioning abroad: ‘It makes you feel like you can do anything’ 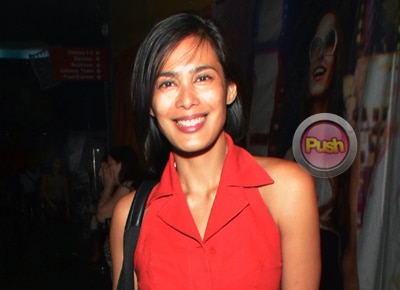 As part of the Lav Diaz film Hele sa Hiwagang Hapis (Lullabye to the Sorrowful Mystery) which took home the prestigious Silver Bear award in this year’s Berlin Film festival, Angel Aquino admitted she was floored by the reception the movie received in Germany. "I’ve realized that I’m so happy that we can actually be in the same level as other international movies and get the same regard from these great people. So I’m very thankful for director Lav Diaz for making a film like Hele and even the past movies he’s made I think deserve the same kind of attention and respect that Hele received. And I wish that set the bar high for Filipino filmmaking and I hope that we keep that,” she told Push.com.ph.
During the Berlinale event, Angel said she felt star struck being with Hollywood celebrities. "Siyempre of course and we were so Pinoy. We had no shame in going to the actors saying, ‘Can we have a picture with you or may we kiss you?’ You know not everyone was doing it but us Filipinos I guess we really were awestruck with Meryll Streep and Clive Owen. These are people we love to watch and we admire and we look up to. For me kasi Meryl Streep is my ultimate favorite actress so just seeing her and breathing the same air she breathes at that time was enough for me,” she recalled,
With all the amount of attention Hele has been receiving in the foreign press, Angel said she won’t discount auditioning for roles abroad if given the opportunity because of their eight hour film. "If there’s a chance why not? Kasi nga being part of a movie that received that kind of attention and respect, it makes you feel like you can do anything. Parang you’re in the same realm as they are and that you can catch the same kind of attention,” she admitted.
For her next TV project, Angel hopes to do another teleserye that will challenge her acting again. "I’m waiting for a soap right now. Our soap And I Love You So just ended. And I’m hoping for a new one. Another good role hopefully which I trust ABS-CBN with. They always give me good roles,” she added.
At 43 years old, many still envy the model-turned-actress for her youthful beauty. Angel shares what her simple secret has always been. "Wala, you just have to love yourself. Kasi if you have love and respect for yourself hindi mo yan idi-disrespect. Hindi mo papabayaan sarili mo. So I think it’s just that,” she shared.
Celebrity