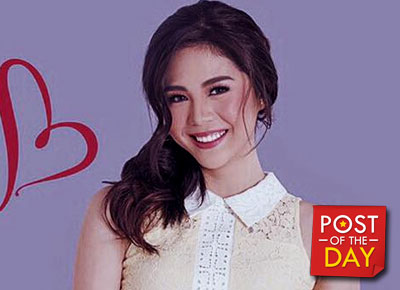 A shy Janella Salvador tried to sing like she’s part of the stage play Miss Saigon. Janella posted a short clip of her singing “Sun and Moon” on her Instagram account. Her followers said she sounds great and said why she didn’t audition for a role in Miss Saigon.
The West End production conducted auditions for the 2017 run of Miss Saigon last March 15 and 16.
Her mom, Jenine Desiderio was a former West End Miss Saigon, playing the role of Kim from 1989 to 1993.