Roy Padilla maintains that the cases against him were ‘politically motivated.’ 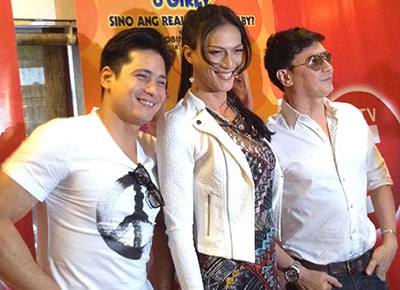 Sandiganbayan’s Anti-Graft Court First Division has scrapped former Camarines Norte Governor Casimiro “Roy” Padilla’s motion to be detained in their provincial jail.
The First Division, via a commitment order issued on Monday afternoon, stated that effective March 21, 2016, the eldest brother of Robin and Rommel Padilla, as well as BB Gandanghari, would be under the custody of the Bureau of Corrections (BuCor) at the New Bilibid Prison in Muntinlupa City.
An ABS-CBNNews.com report cited that Roy has been in the custody of the National Police (PNP) Crime Investigation and Detection Group (CIDG) since last Friday, March 18, after being arrested following months of being in hiding.
“I hereby commit to you the person of accused Casimiro A. Padilla a.k.a. Roy A. Padilla Jr. sentenced by this Court per Decision promulgated on November 27, 2012,” said the commitment order signed by Associate Justice Reynaldo Cruz.
It was November 2012 when the First Division found Roy guilty of malversation of public property “over his failure to return to the provincial government a .45 caliber pistol and ammunition amounting to P7,462 issued by the Philippine National Police (PNP) in 1992 during his term as governor.”
Roy has appealed the Sandiganbayan’s decision to the Supreme Court but the department sided with the anti-graft court in April 2014.
After which, Roy submitted the motion to be detained in Camarines Norte, since, as he asserts, that is where the crime happened.
He even cited the Revised Administrative Code of the Philippines, which states that a convicted person sentenced to a maximum of three years of imprisonment or a fine not more than P1,000 shall be considered a provincial prisoner instead of a national prisoner.
Contrary to his claim that he was only sentenced to a maximum of two years and four months of maximum imprisonment, the First Division, stressed that Roy was actually sentenced to a minimum of four months and one day to a maximum of four years and two months of maximum imprisonment.
Although the older Padilla underscored that he is ready to face the charges against him, he pointed out that the cases against him were “politically motivated.”
Main photo credit to philstar.com
Celebrity