Holy Week Inspiration: How Mariel endured and suffered the worst and became a Big Winner 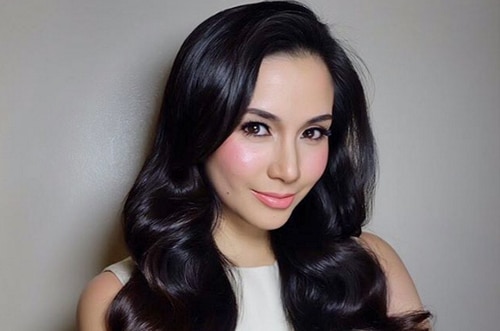 Who could forget that Instagram post one year ago, wherein a devastated Mariel Rodriguez-Padilla sits at the back of her vehicle leaning forward to the front seat, embracing the cushions, comforting the pain in her heart as she grieves?
And, who could not feel worse as she was seen weeping only a few months later in a video as she heard the dreadful news as she lay on the hospital bed?
Horrific misfortune
Everyone felt deeply sad about what this otherwise perky and wonderful TV host had to go through. Suffering a miscarriage is truly one horrific misfortune a mother fears, especially with all the expectant bliss throughout the pregnancy.
But Mariel endured not only one miscarriage but two—the last was losing triplets—all in the same year.
She lost her eight-week old baby in March last year, a bundle of joy that she and husband Robin Padilla expected to be born in October. The baby, Mariel said, had no heartbeat reaching the sixth week and did not grow since.
“I've been through different levels of pain. So I dealt with it differently each time. The first time…that one, I thought it was the most painful thing ever that has happened to me. Because finally when I was ready, when I decided that I want to have a baby, then it happened,” Mariel recalled on Tonight With Boy Abunda in November last year.
Then she revealed: “Iyon pala hindi pa iyon yun pinakamasakit.”
Pregnant again
A few months after the tragedy, Mariel’s sorrow turned into extreme joy after learning that she was pregnant again. “Sabi ko ‘wow, siguro dahil nagka-miscarriage ako, kaya pinalitan ni God.’ Ito na iyon. Or kung may mawawala man, may isa among matitira.”
She even felt a heartbeat that brought hopes to reach really way up high. “I had one with a heartbeat Tito Boy. So I was really hoping,” Mariel said.
Then most difficult episode in her life made a cruel replay, this time with an anguish so ghastly.
"And then I lose the heartbeat. So iyon talaga, nag breakdown na ako doon Tito Boy. I was really going to lose it already. I was about to go dark, I was bitter, I was not in a good place,” she said as tears fell.
Her knight
But from one shining light came that knight who would always take her out of the dark. Mariel says she is so blessed to have a husband like Robin, who would always take care of her amid all the heartache and misery.
“Hindi ako sinuwerte na magkaroon ng anak ngayon pero sobra akong suwerte sa asawa,” Mariel said emphatically. “Sobra niya akong inalagaan most especially the second time it happened.”
Mariel disclosed that after the second miscarriage, Robin did everything to comfort her and ease the pain. “He (Robin) took me out of the country and he reassured me that the world would be okay even if it was just the two of us. He was able to make something bad positive, na feel ko blessed pa din ako Tito Boy.”
Emancipation and acceptance
That encouragement became her emancipation, and most importantly, her road to acceptance. And instead of questioning the high heavens over this difficult period, her faith in God became stronger. “Sa panahong ganun, mas maa-appreciate mo si God. So ngayon, even after that, naano ako sa sarili ko na hindi lang during bad times ko dapat pinupuntahan si God.”
And indeed, after God closed that door, He surely opened a window for Mariel. With a supportive and loving husband, a sympathetic family, and caring colleagues, Mariel had since moved on with so many blessings.
Blossoming career
Highlighting this is her resurrected hosting career in ABS-CBN. After reemerging in the show that catapulted her in the hearts of televiewers, Pinoy Big Brother, Mariel also landed a lucrative regular hosting slot in the top-rating It’s Showtime. Robin has also since signed an exclusive contract with the Kapamilya network, serving as a judge on Pilipinas Got Talent and the main host of the daily game show Game ng Bayan.
As such, Mariel’s trust and faith in God continue to make wonders in her life. Indeed, a Big Winner, she turned out to be.
“I think that's one thing I'm really grateful for. Kasi, nakakahanap pa rin ako ng rason para maging masaya. Marami pa rin reasons. I'm still so blessed,” Mariel stressed.
Mainphoto credit to marieltpadilla IG
Celebrity