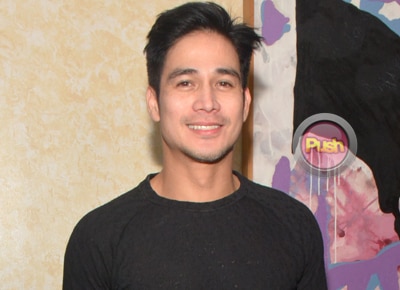 Piolo Pascual is resting easy despite the mixed remarks for his independent film with John Lloyd Cruz titled Hele sa Hiwagang Hapis.
Although it has yet to hit local theaters, most of the premature reaction on the Lav Diaz film, stems from the fact that it runs for eight hours.
Though he admitted to having a short attention span himself during his recently concluded blogger’s conference for the film, Piolo, like the film’s producer, Paul Soriano, believes that it had to run that long and with “no compromise.”
“Upon watching it in Berlin, maiisip mo talaga na eight hours is nothing. At the end of the day, it’s about conditioning yourself as to how far or how long you’re going to be sitting in a theater. It’s a treat more than it being a sacrifice,” he explained.
“You learn so much about history, about film making. It brings you there. In all honesty, I’m not trying to patronize the film pero bitin pa siya. Ang dami pang puwedeng puntahan ang story but of course, mahirap naman na buong araw tayo nasa sinehan,” Piolo added.
Did they consider making the film into a series?
“I actually thought of that…[But] it deserves to be sat down and just be experienced one time. For you to understand the whole film, you have to watch it from beginning to end ng one sitting,” the Ultimate Heartthrob stressed.
With only a few announced theaters to run their film starting March 26, questions about the film’s marketability and eventually profitability also came into the fore.
“You know what, if I may share, I don’t know if it’s true pero after our Berlin premiere, Paul told us that we have 80 invites from different festivals. Even if we don’t have a commercial run, those invites alone will cover for more and make the film earn,” he proudly shared.
While many are expressing apprehensions about the bold film, Piolo is confident that they have one good product that is worth supporting.
WATCH: Hele Sa Hiwagang Hapis Full Trailer, showing on March 26, 2016!
“Kasi hindi naman kailangan pero para sa atin, it’s a privilege to watch something as great as this. Kung sa international market, pinapalakpakan, dapat dito may support tayo because that is the only way we can come up with films like this,” said Piolo.
Another issue that is being brought up is the way Star Cinema did its promotional strategy of packaging Hele as a “challenge” that can and should be conquered.
To this Piolo said, “It’s really a challenge. It’s up to you if you are willing to take on the challenge instead of just checking your social media accounts and becoming consumed by what the world is saying. We should also enrich ourselves. It’s election time so it’s a privilege more than it being a challenge.”
Celebrity