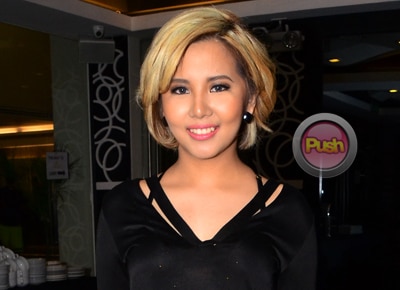 Young singer-composer Marion Aunor could not be any happier that her music is taking off as more songs from her second album titled “Marion” are getting popular these days.
The most recent of which was the sultry song “How Can I” which became part of the box office hit Always Be My Maybe starring Arci Muñoz and Gerald Anderson. In addition to that, the 23-year-old singer’s song “Free Fall Into Love” was also part of the film, which came right after it was chosen as the official Kapamilya FebIbig theme song.
Prior to that, Marion also lent her voice to Ex with Benefits’ theme song “I Love You Always and Forever,” as well as the love scene music between Coleen Garcia and Derek Ramsay titled “I Wanna Be Bad.”
In a sit-down interview with Marion prior to her back-to-back benefit concert for Bahay Aruga with Michael Pangilinan titled M&M #Pumapagibig at Zirkoh, Tomas Morato last March 6, she expressed enthusiasm as to how her song was used on Arci and Gerald’s film.
“Si Sir Jonathan Manalo ang nagsulat ng song na ‘yun and I’m very happy na nung nag-collaborate kami ni Sir Jonathan we came up with a ’50 Shades of Grey’ sounding song. I think swak siya sa scene na ‘yun because the song brought out the scene and the scene made the song even better. So perfect mix,” she said.
Marion couldn’t help but comment about the love scene as she exclaimed: “It was so hot!”
She added, “I mean pareho na ngang hot si Arci at Gerald biglang sa ganong klase ng scene pa.”
Almost three years since she was launched and two albums later, Marion admits that she remains to be in search as to which genre she wants to focus on. Marion, however, remains positive that she would be able to find her “own voice” through her second album especially since she was able to play on different genres while making it.
“‘Yun nga kasi sabi ni Sir Jonathan sa akin, kasi siya ang nag-produce ng album ko, kasi ang daming nakukuhang theme song from the album eh kasi ang daming different genres na nilagay ko dun,” she said.
But does she mind that a number of her songs are being related to sexy movies, which in turn might earn her a “Princess of Sexy Movie Theme Songs” title?
“Sabi ni Sir Roxy [Liquigan] sa akin ‘Tignan mo ‘yung mga movies na napupunta sayo, puro sexy-sexy.’ [Sabi ko] ‘Okay I’ll take it as a complement. Basta may sex scene akin na ‘yun,’” she joked, stressing that what is important is how her songs are taking part in embracing one’s sexuality.
Meanwhile, Marion’s fans can look forward to her doing more promo tours for her album, as well as the release of a music video for her song “Unbound” where she would be joined by Alex Gonzaga and Morissette.
Later this year, Marion is also making a film debut as part of the indie film Tibak directed by Arlyn dela Cruz.
Celebrity