Media asks Toni and Paul at the Anak TV Awards about having their first baby a bit earlier than they planned. 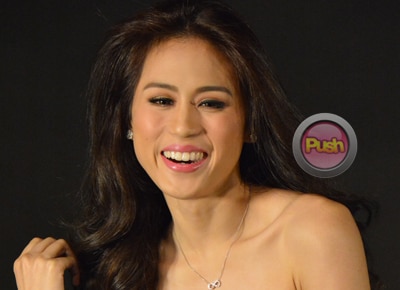 In an exclusive interview with “Tonight with Boy Abunda” during this year’s Anak TV Awards last February 23, Toni Gonzaga, who received an Anak TV Hall of Fame award for her showbiz career neither confirmed nor denied the issue about her being pregnant.
Toni, who was with her husband director Paul Soriano said, “I think this is not the right moment and the right place to talk about it. Siguro may tamang panahon.”
Just last week a source disclosed that Toni and Paul are expecting their first baby.
In Toni’s previous interviews, she said they are postponing having a family to next year as she has yet to fulfill all her commitments in showbiz this 2016.