Xian Lim wants to play the role of a super hero

Xian shares he wants to be a role model for the youth. 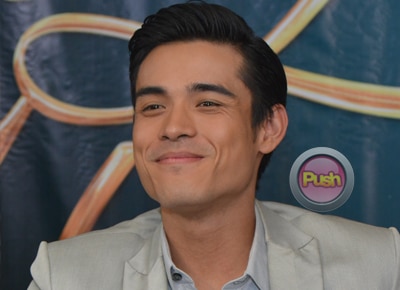 In an interview with ABS-CBN News, Xian Lim shared that he always wanted to portray a super hero on TV or in the movies.
"Isang napakalaking opo. Isa po 'yan sa mga pangarap ko, na maging superhero. Pangarap ko pong maging isang superhero din. I'm sure lahat ng artista ay pangarap po maging isang superhero para sa mga kabataan, to be a role model. Kahit sino pong superhero, kahit sino po,” he said.
Xian recently starred in the movie Everything About Her opposite Angel Locsin and the Star For All Seasons Vilma Santos. Both stars are known for portraying Komiks heroine Darna.
In 2014, Xian was one of the actors rumored to play “Captain Barbell,” another famous superhero created by Mars Ravelo. He said that he would gladly accept the role if it is offered him.
Xian, with on screen partner Kim Chiu, will be back on primetime this via the ABS-CBN TV series The Story of Us.
Celebrity