Yeng apologized to those who were offended by Manny’s words and said that not all Christians have the same point of view like the boxing champ. 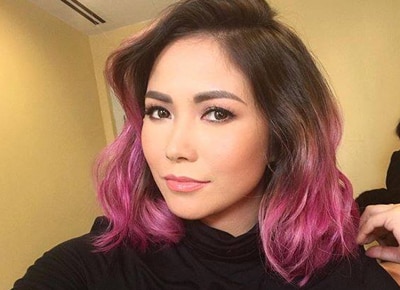 Singer-songwriter Yeng Constantino spoke up about Sarangani Rep. and world boxing champ Manny Pacquiao’s comment about same-sex marriage because a certain netizen told her on Twitter to imitate Manny’s stand against homosexuality since she’s also a Christian.
“Nakita ko na pong lumalagablab ‘yung issue, ayoko na pong buhusan ng gasolina kung baga pero  kaninang umaga ho ay may nagtweet ho sa akin na sana daw e gayahin namin ‘yung ginawa ni Sir Manny (Pacquiao) at mag take ng stand against homosexuality bilang Kristyano,” she said.
The statement offended and angered Yeng because she has a gay brother, who was hurt by the boxer’s words. Yeng explained that maybe for other people, it’s easy for them to give comments about homosexuality because they don’t have gays in their family but it’s different in her case because she knows how they feel when they get discriminated.
She then apologized to those who were offended with Manny’s statement and said that not all Christians have the same point of view like the boxing champ. She also said sorry to her brother because, “Kasi ayaw kong maniwala ka na ganon ‘yung pagtingin sa ‘yo ng mundo, ng lipunan dahil hindi yun totoo.”
Yeng also commended the talents of gay people and said, “Kung sila binigyan ng ganong talento, ‘di namili ang Diyos, ibig sabihin ang pagmamahal ni God sa atin equal lang.”
“Huwag niyong hayaan na mai-define kayo ng mga sinasabi na condemnation ng mga tao about you. I believe that God believes in you and God loves you. Sorry po in behalf of those Christians na who are growing still in compassion,” she added.
In the end, she reiterated that she won’t make a stand against homosexuality because God gave her a “Ministry of Reconciliation.”