What’s next for James Reid and Nadine Lustre?

After their concert world tour, James Reid and Nadine Lustre will be working on their new soap in June. 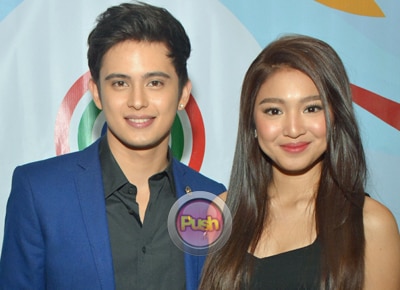 With their soap On The Wings of Love ending in a few days, James Reid and Nadine Lustre are now doing last minute preparations for their upcoming concert this weekend.
Although they are no strangers to performing live, JaDine’s concert titled JaDine In Love happening on Saturday at the Araneta Coliseum is their first ever major concert.
Among the duo’s guests are Myrtle Sarrosa, Yassi Pressman, Elmo Magalona, and Vice Ganda.
“We have a concert at the Araneta Coliseum. We’ll also be taking that same concert to Doha, Dubai, London, and Milan,” James said.
Fans who were not able to get tickets for the show need not fret as they opened standing room only slots last Tuesday, February 16. Fans can also enjoy the show in the comforts of their own homes by subscribing to the concert’s pay-per-view.
When asked if he would have a sexy dance number at the concert, James promised that they would be having “next level performances” on the show.
Apart from the Middle East, the tandem is also slated to bring their concert to the US.
After their concert, the two will be working on a new movie. However, no other details about the movie were given.
What is certain though is that James and Nadine will remain Kapamilyas as they inked a contract with the network on Tuesday.
Furthermore, it was also revealed that the two would start working on another TV series under Dreamscape by June.
Celebrity