Martin Nievera: ‘I see myself doing other things’ 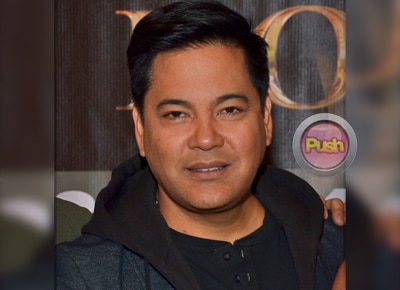 Concert King Martin Nievera remains keen on his stand about wanting his own talk show.
This he claimed during the recently concluded press conference of his upcoming concert titled Royals at the SM Mall of Asia Arena together with Regine Velasquez, Erik Santos, and Angeline Quinto on February 13.
“I’m feeling unneeded. I’m feeling unwanted. I don’t know if that’s because I’ve aged in the industry or aged in my real life. I don’t know what it is. But I just feel like I’m not being used to the best of my abilities. Is this the industry’s way of telling me, ‘laos ka na,’ ‘hindi ka na puwede,’ or ‘kailangan na ng mas bata sa iyo?’” Martin lamented.
The “Be My Lady” singer recalled that he used to be the Piolo Pascual and “The Voice.”
“Now it feels humbling to see that I’m not that person anymore,” he said.
Martin was best known for hosting his first Kapamilya talk show Martin After Dark from 1993 to 1998. The show was later renamed as Martin Late @ Night that ran from 1998 to 2002. The show was revived in 2013 however it only ran briefly.
Now, the acclaimed singer will be one of the judges of the upcoming talent search series titled I Love OPM together with Lani Misalucha and Toni Gonzaga.
Martin got his first talent show judging experience after serving as one of the mentors of the now defunct The X Factor Philippines.
“This is a feel good singing competition," he said.
"What we want to establish or to achieve with this show is we want you to love your country the way a foreigner does," he added.
Martin said he is proud about being one of the chosen judges on the show.
"I'm very, very honored. But like I told you before, I see myself doing other things," said he ended.
The show, which he revealed was an original ABS-CBN concept, would have foreigners singing OPM as its contestants. I Love OPM will be hosted by Anne Curtis and Eric Nicolas and will start airing on February 13.
Celebrity