ABS-CBN executive Lauren Dyogi was one of the principal sponsors at Paul Jake Castillo and Kaye Abad’s wedding which happened on December 9 at the Pedro Calungsod Chapel in Cebu.

The TV and film director was nostalgic and reminisced how he witnessed Kaye transform from child star to a great actress and now Paul Jake’s wife.

Also a key player in Paul Jake’s entry into showbiz via “Pinoy Big Brother”, Direk Lauren could not help but remark in one of his tweets, “Paul Jake of

‘PBB’ and Kaye of ‘Gimik,’ who would have thought they will one day be Mr. and Mrs. Castillo.”

He also captured special moments of the bride and groom at the wedding, including Kaye’s arrival at the chapel and the couple’s walk down the aisle. 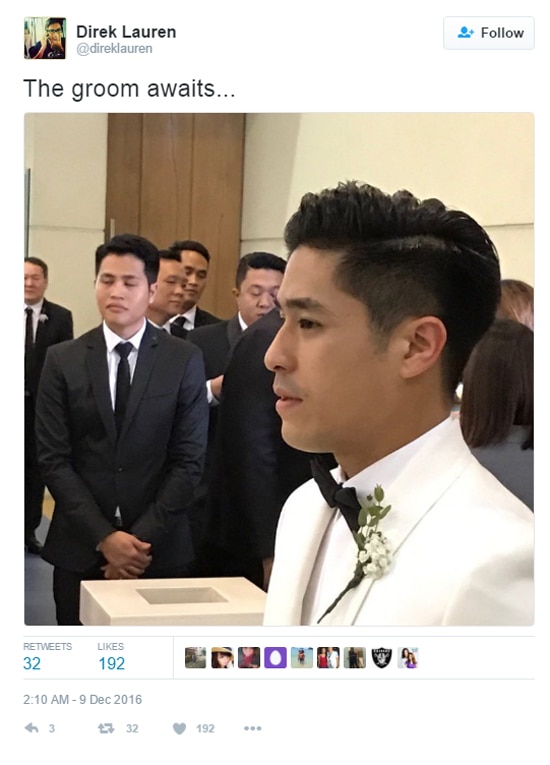