Julia Barretto says both her parents do not have a clue about her character in the movie. 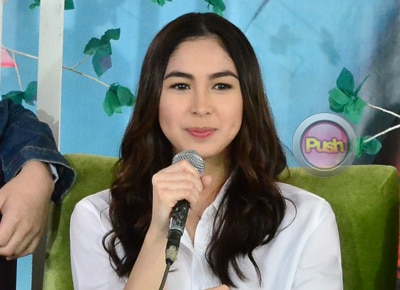 With her first time to have a movie that is part of the Metro Manila Film Festival, Julia Barretto and her family will be spending Christmas with fans as they will be touring around cinemas to watch her movie Vince and Kath and James.

As Julia mentioned her whole family was going to be with her during the tour, she was asked if her father, actor Dennis Padilla, would be joining them.

In an interview with reporters after the event, Julia said that she did not ask for tips from her father while doing the movie as she wants to surprise him.

“I hope so. Let’s see. He has his own family na rin so I don’t know if he’s going to be pending it with them. At least we’re all okay.

“Everything is so much better than it was before. Baby steps talaga ‘yan and he’s still my father at the end of the day so syempre mahal ko pa rin talaga,” Julia said.