James Reid on his upcoming album: ‘Almost all the songs are for Nadine’

Nadine Lustre says 2016 has been ‘amazing’ for her and boyfriend James Reid. 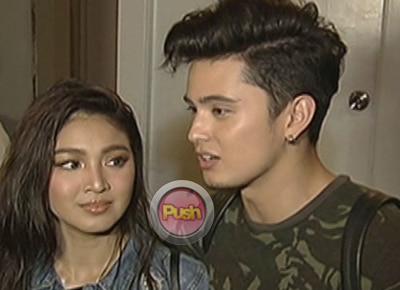 On Bandila, “amazing” was how Nadine Lustre described 2016 for her and boyfriend James Reid, while James called 2016 “the best year” for them.

For 2017, Nadine revealed James’s new project. “Si James… he has his album coming up next year.”

He revealed the genre of his album will be “still R&B Hip-Hop, like I’ve said before music was my first love.” He also said, “almost all the songs are for Nadine. There’s one song where she’s featured.”

Nadine, for her part, will focus on the expansion of her business in the coming year.