Alexa Ilacad says she was supposed to do the musical with fellow artist JK Labajo. 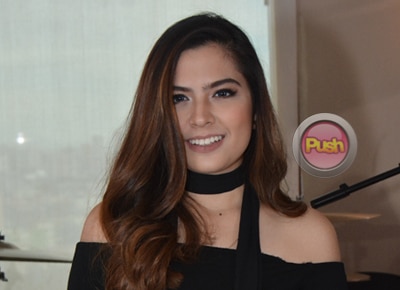 Kapamilya artist Alexa Ilacad revealed that she was supposed to do the musical play Ako si Josephine that featured the songs of singer-songwriter Yeng Constantino.

“I was supposed to do Josephine, ‘yung kay ate Yeng. Kami ni JK (Labajo) dapat ‘yung gaganap. Kaso, I think hindi nagwork sa schedule ko with Doble Kara and they said I was too young kasi may kissing scene,” Alexa told PUSH.com.ph , adding that she is open to doing theater plays again should there be another offer.

Meanwhile, Alexa said that people will see her pop-rock side in her new album titled, To the Moon & Back.

Saying that she had the songs written based on personal experiences, Alexa said that aside from “Pakipot, Suplado,” her other favorite song from the album is “Kung Pwede Lang” which tells the story of two friends who like each other but do not want to risk their friendship.

Talking of collaborations, Alexa said that she has a bonus track with love team partner Nash Aguas while she collaborated with musicians from bands like Pupil and 6 Cycle Mind for her other songs. Gracenote’s Eunice Jorge wrote all of her songs.