Donita Rose says ‘character issues’ behind her split with ex-husband

Donita Rose reveals on ‘Good Times with Mo; that she wouldn’t go through the same situation again because it will never work out. 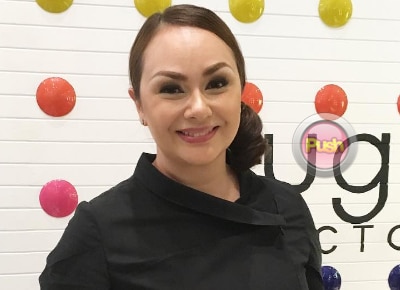 About five months ago, Donita Rose admitted to the public that she and her husband of 12 years Eric Villarama had separated even though they tried to fix their marriage for two years. Last December 9, Donita revealed on the podcast Good Times with Mo that they separated because of “character issues” and “character flaws.”

This all started when a male caller asked for a love advice. The caller caught his boyfriend making love with another man.

“Sometimes it has got a lot to do with forgiving yourself,” she said.

“In my case, I did everything I thought I could. But why am I at the losing end of this deal because that person left me. Even if I had done things differently, this person would have left me anyway because it’s character issue,” she added.

Donita also said that she wouldn’t go back to their relationship because of “character issues.”

“I always play this back in my mind. Let’s say, if I have this tendency to miss my ex [husband] and go, ‘How I wish…’ And I erase things [wishful thinking]. I erase things again and go, ‘No!’ because even if there is a chance, I would never go back to that again because of the character flaws.

“The picture that I paint in my mind of what’s supposed to be perfect and a great relationship would never happen because of the character flaws and character issues.”

However, Donita said that Eric’s not “completely at fault.”