The actor also talks about his most daring movie scene with Jessy Mendiola. 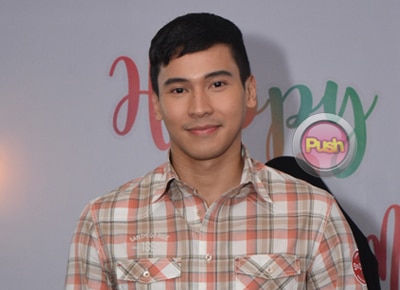 With the upcoming December 14 play date of his newest film “Mano Po 7: Chinoy,” Enchong Dee admitted he couldn’t help but feel disappointed when the Regal Films franchise did not make the cut in this year’s Metro Manila Film Festival.

In “Mano Po 7,” Enchong has an intimate scene with Jessy Mendiola.

"Sobra akong careful. Sobra akong maalaga kay Jessy kasi siyempre know-ing that she’s the sexiest woman for FHM, ‘di ba parang meron kang stig-ma na ah sexy yan, ganyan. Pero dito we have to take care of her, we have to be tasteful about the scene so may pag-aalaga at pag-iingat. Yes, it is my most daring. Ano kasi game mode talaga ako for this film. I was really hoping that it would turn out for the best kaya kung ano yung kailangan binigay ko na lang kasi yun yung kailangan,” he explained.

Apart from the movie, Enchong also clarified that he was not taken out of the upcoming ABS-CBN series “A Love to Last.” The rumor started when a recent trailer of the teleserye did not include any scenes with the 28-year-old actor.

"Actually tinanong namin yun (bakit wala ako sa trailer) but the reason was we just had to have a trailer in time for the trade launch. Wala every-thing is the same tapos they will update the trailer kapag na-start na kaming mag-promo. I think we will start doing promos on the third week of December,” he shared.

Enchong also revealed why he did not entertain having any negative feel-ings towards not being given a teleserye project this year. "Hindi naman talaga exactly inip kasi ang dami kong nagawa. Nakapag-concert ako, nakapag-album ako, nakapag-negosyo ako so kumbaga as much as I was waiting for my teleserye, marami akong nagawa rin outside showbusiness,” he said.

When all his showbiz engagements are done this year, Enchong mentioned he looks forward to going on a backpacking trip with his younger brother Isiah.