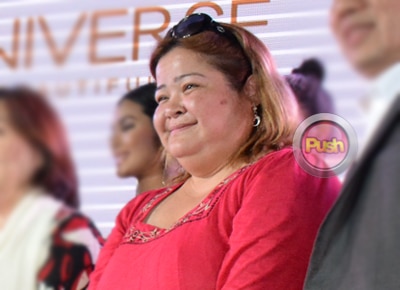 Department of Tourism Undersecretary Kat de Castro took to her Facebook account to address those who bashed her for broaching President Rodrigo Duterte’s name as one of the potential judges for the upcoming Miss Universe 2017 pageant in the country.

“Ang sabi ko, ‘what if he wants?’ This was after I was asked about his participation in the competition. It was a hypothetical question. I even clarified, I have yet to discuss it with him,” she continued.

“We tend not to have government officials involved. That's just my policy, we don't do that," she said. "It's the 65th anniversary so we want to focus on that," Paula said in an interview with GMA News Online.

In the end, the undersecretary called for support for the prestigious event that’s happening on January 30 at the SM Mall of Asia Arena.

“Ang exposure ng Pilipinas sa Miss Universe will be world wide. So please, let's focus on just showing the beauty of the Philippines and the unique spirit of the Filipinos,” she